Here are our CFD links and discussions about aerodynamics, suspension, driver safety and tyres. Please stick to F1 on this forum.
1 post • Page 1 of 1

Hello all, usually i post my nonsense in offtopic but i think this belongs here, bringing back an old topic, with the long time use of heavy batteries and high voltage systems, why not take it a step further? Here's an article: 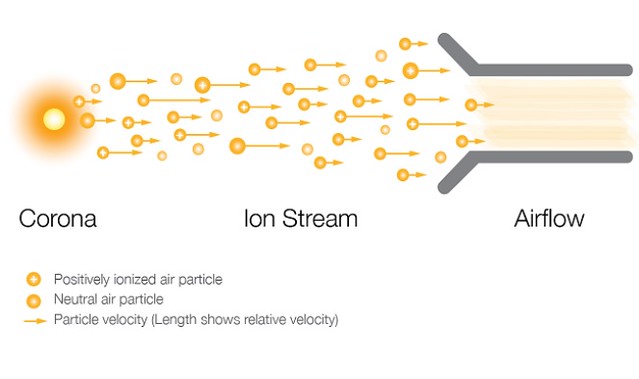 Project DRIFT (Drag Reducing Ionized Flow Technology) aimed to improve aerodynamic performance and efficiency by ionizing the air that flows over an aircraft’s wing in subsonic, compressible regimes. To do so, viscous skin friction and resulting drag were reduced via the effects of corona discharge, an electrically induced phenomenon that alters the properties of the medium in which it resides. The corona discharge created a flow with unique ionized properties that led to the ability to control aerodynamic characteristics. Similar projects have been pursued by the National Aeronautics and Space Administration (NASA), as well as several other reputable organizations, and served as a research base for this project.

The premise of air ionization at subsonic velocities is focused on controlling the flow to maintain laminar characteristics. By ionizing air, energy is added into the flow that restricts its streamlines to remain within the laminar regime. By preventing flow from becoming turbulent, viscous drag forces caused within the boundary layer on the surface are reduced, making total drag across the surface dominated by induced drag.

This drag is a direct product of the lift of an airfoil, and does not significantly vary between turbulent and laminar flows. This method is the basis for drag reduction of this project. Corona discharge describes the phenomenon of an electrical discharge through a fluid near a highly charged surface. The charged surface creates an electric field that is strong enough to create a conductive region. This conductive region causes breakdown of fluid particles, turning each into an ion.

This sea of ions is known as plasma and the region is considered partially conductive. The strength of the electric field decreases with distance from the surface, and thus, the effect diminishes further away from the charged body. When a corona manifests in air, it can be seen with a bluish/purple glow caused by photon emission of the ionized particles.

Far as i know active wings (Other than drs) are illegal but with so much heavy electrical components on these cars nowadays, this looks more promising. They are plasma wings.

So wouldn't it be cool to use a tesla coil to ionize the air and to watch the cars have something like this: 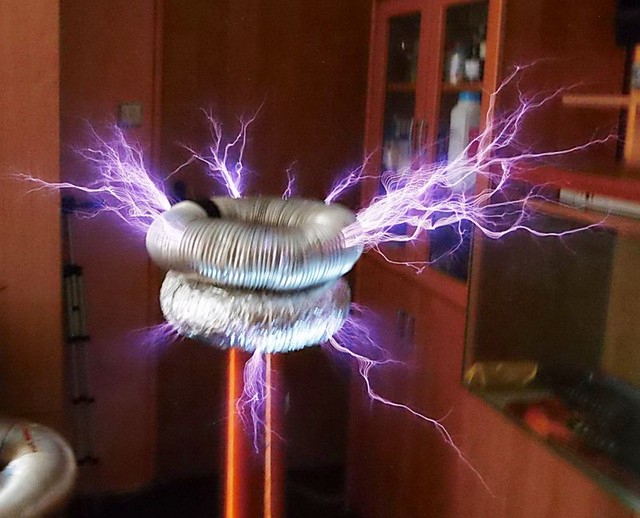