Turbulence no longer described as a statistically random process, can be quantified as two frequencies

Here are our CFD links and discussions about aerodynamics, suspension, driver safety and tyres. Please stick to F1 on this forum.
1 post • Page 1 of 1

Turbulence no longer described as a statistically random process, can be quantified as two frequencies

An article recently posted, reason for bringing this up, curious if Adrian Newey hinted on this, some podcast I think, that there are two flows, and the trick is to get them to work together. Or maybe he was talking about something else. Whatever it was, this is interesting.

Although a car is not a cylinder like they used here, the flow image does show the two flows. 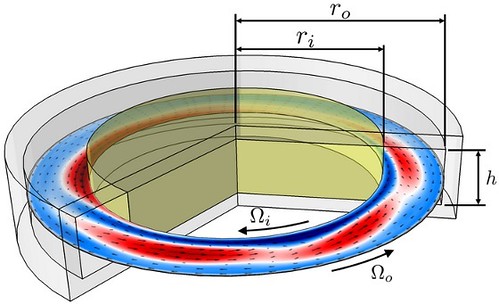 Some parts of the article
""For nearly a century, turbulence has been described statistically as a random process," said Georgia Tech's Roman Grigoriev. "Our results provide the first experimental illustration that, on suitably short time scales, the dynamics of turbulence is deterministic -- and connects it to the underlying deterministic governing equations."

The researchers created a new "roadmap" of turbulence by looking at a weak turbulent flow that was confined between two independently rotating cylinders -- giving the team a unique way to compare experimental observations with numerically computed flows, due to the absence of "end effects" that are present in more familiar geometries, such as flow down a pipe.

"Turbulence can be thought of as a car following a sequence of roads," said Grigoriev. "Perhaps an even better analogy is a train, which not only follows a railway on a prescribed timetable but also has the same shape as the railway it is following." 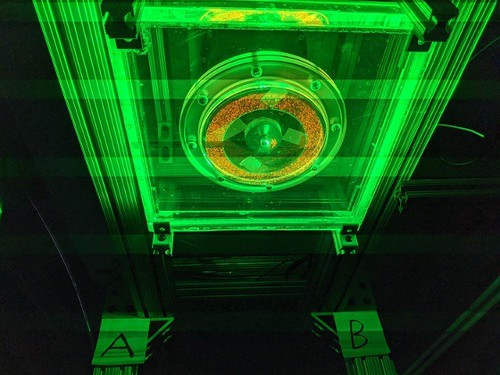