A place to discuss the characteristics of the cars in Formula One, both current as well as historical. Laptimes, driver worshipping and team chatter does not belong here.
352 posts

Is there also a new nose? I've seen a picture of it but can't find it back.
Top

I don't think generating a vortex in this area would be beneficial for the rear wing, especially when this could be done closer to the rear wing.

The vortex collectively generated by fins on either side will pass underneath t- wing and onto rear wing, the midwing above airbox will help it by creating downwash.

Doubt that as it would need to travel a long way down, plus generate a large vortex(and not a strong one) that would be influenced by the low pressure zone of the T-wing.

There doesn't seem much point to actually generating a vortex there if you also consider the free area that allows the T-wing and that the rear wing is much bigger than only the center.

It DEFINITELY is a vortex generator. If you look at it from a flow point of view each little winglet trips the air and successive tiny vortices rool in a big one. Anywhere you see such features it is a vortex they are making. The picket fence method does it more efficienctly that is why teams heavily adopt it.

Where the vorted goes and what it does need a more detailed look though.
Top

Can they use this upgrade next year without Sharkfin?
Top

They're keeping the shark fin for next year potentially anyway.
Top

Are they getting new Engine spec for Sepang?
Top

This article in automotor und sport has Andrew Greene saying the upgrade is success and bought 0.6 sec to car.
The failure in qualifying is down to using
Q1 tyres in Q2, when they saw how much track improved it was too late.
Top

This article in automotor und sport has Andrew Greene saying the upgrade is success and bought 0.6 sec to car.
The failure in qualifying is down to using
Q1 tyres in Q2, when they saw how much track improved it was too late.

A big advantage, but they did bring a new diffuser also, so did that play a part as well? But it's good to hear the saw-fish sharkfin engine cover is working because sharkfins are going to stay for the 2018 season as well and more teams will implement this design or something close to it!
Top

Seems like they have lots of update which didn't go on car cause of an early correlation problem.
Top 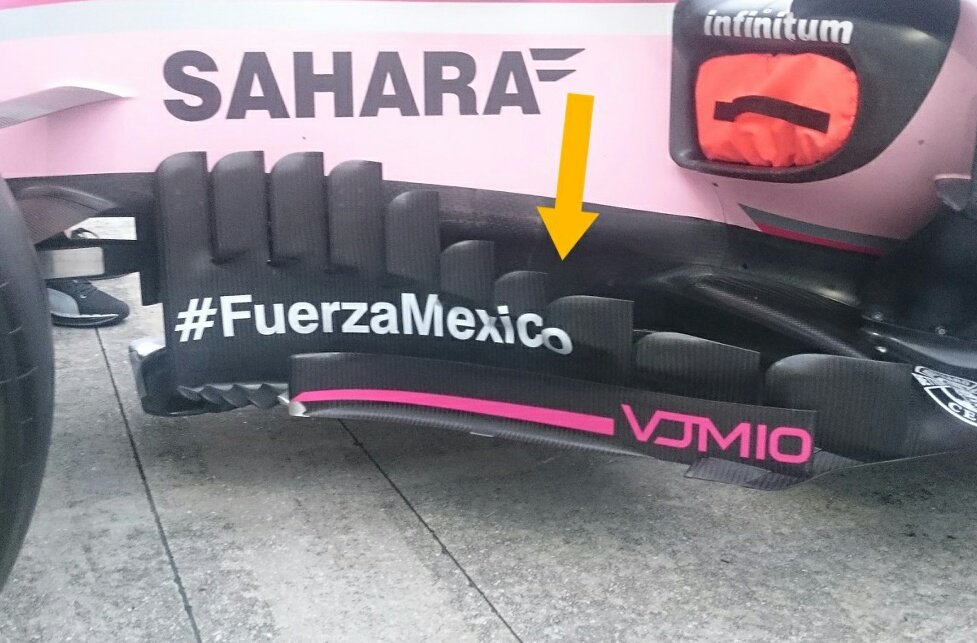