Looks shorter, but not confirmed
Top

The rake looks a bit more at a glance. The car looks to be a super optimized version of their concept last year. It looks like a lot of attention was spent on the suspension's aero interaction at the front and the rear. The sidepods are really tight around the PU. I wonder if they reverted to the log exhaust? Surely not? A lot of small optimizations to everything.
Honda!
Top

Looks shorter to me: 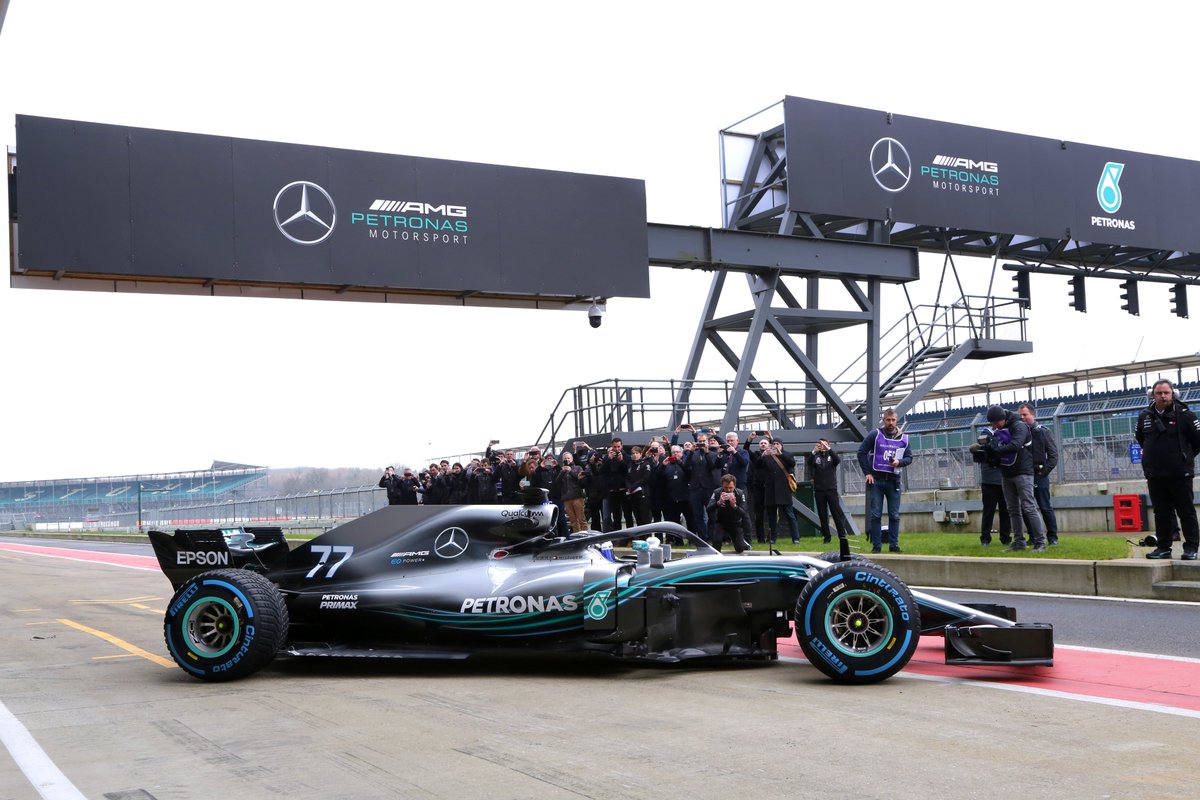 If it’s much shorter I’d be surprised - maybe a little bit.

It’s basically a series of subtle evolutionary changes which is be expected - look at the dominant Ferraris of Schumacher’s era, they were only very subtly different from the last. No need to throw the baby out with the bath water if you have a winning formula.

That said, I’m certain that this is the same, non-raked, philosophy as last year, so if there’s more potential to be found in the Ferrari/Red Bull philosophy then they may find themselves lagging as the season goes on.

Interesting to still have some divergent philosophies at the sharp end of the grid. As ever though, much will be decided by what’s underneath.
Last edited by f1316 on Thu Feb 22, 2018 1:32 pm, edited 1 time in total.
Top

Wolf already said that it's the same.
Top

Great evolution, so refined. This car is shorter than W08. Sounds gorgeous.
Top

How can you say that? The pictures above have completely different angles.
Top 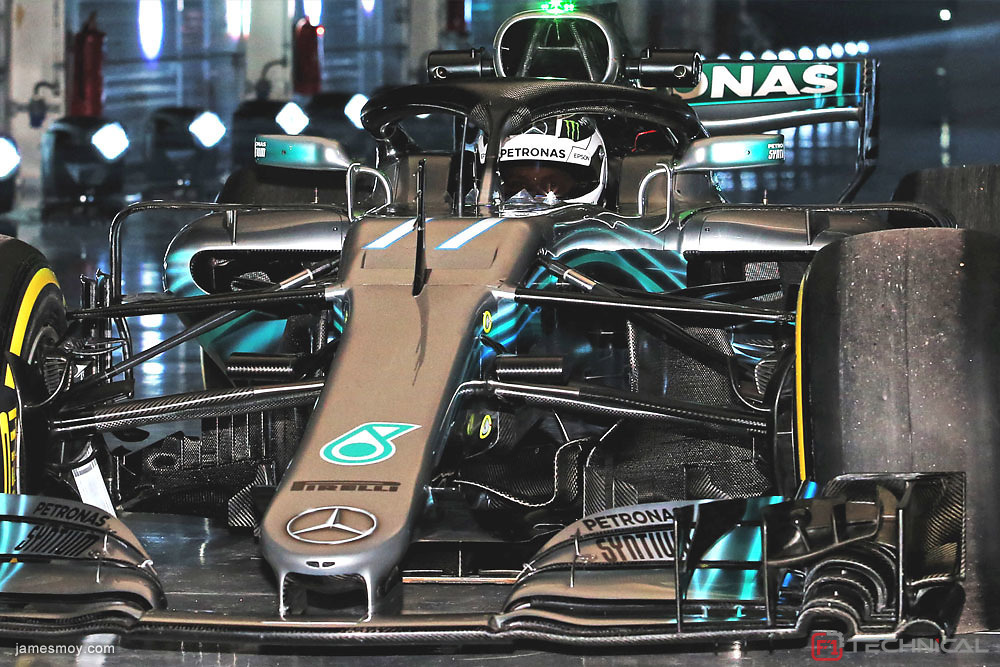 but different car on Aussie

But in all seriousness, that is not a naturally stable geometry - you usually drag the wheel behind you. I can't wait for the driver feedback on this, I can imagine the setup of the car to be very difficult. Otherwise a very nice evolution, they are making the most from their investment leading into the new engine formula.

But actually most cars are configured to " push" the front wheels because of the caster angle. The lower ball joint is always ahead of the top joint. It is made to be stable. As you dribe forward a draging torque from the contact patch rotates the wheel back to being straight ahead.

That being said yeah the suspension looms rather ungainly but interesting nonetheless! What grabs me is how they have used the tie rod and the front lower wishbone to make a sort of a downwards deflector. An extension of the cape in a way.

I see what photo you are talking about now!

Yes the wheel axle is ahead of the two wishbones only balanced by the tie rod. This design has been done before. The load on the tie rod definitely gonna be higher but they know what they sre doing i guess.

I'm sure they know what their doing, and the aero advantage of getting the wheels further forward and away from the side pods will compensate for the additional weight of the tie rod. I think there's more going on with this design, and will try to find more time to look at it.
“Strange women lying in ponds distributing swords is no basis for a system of government. Supreme executive power derives from a mandate from the masses, not from some farcical aquatic ceremony!” Monty Python and the Holy Grail
Top
1586 posts