Toto said in this interview, wheelbase is the same, not shorter, that anybody want to have...
http://m.speedweek.com/formel1/news/1 ... utos.html


Sorry German...
"In my time the Pit babe was there instead of the telemetry."
Gerhard Berger
Top

Yeah I said it. I always wonder why everything is repeated here so often. It's because no one reads the other posts.
Top

but why believe him?
Finishing races is important, but racing is more important.
Top 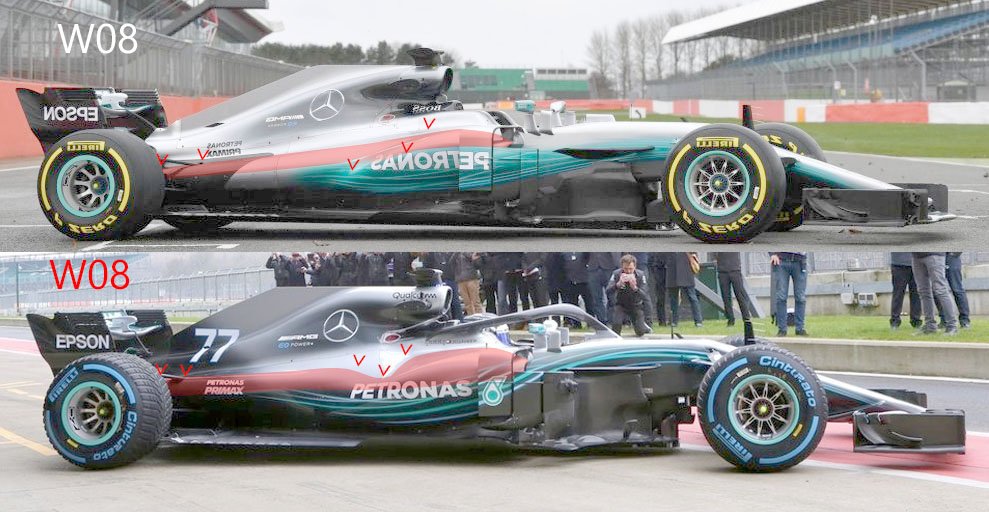 but why believe him?

I did not say, I believed him. I said, that he said that already. I think he would not say that, if it was not nearly true. It's easy to measure, I think.
Top

Front suspension late last year to W09 (nicked your pic Morteza). The lower wishbone lip bit was already there! The wheel profiler at the front has been tweaked slightly, likely to help channel air into the cooling duct.

The car looks better proportioned than the W08, but I don't think the wheelbase has changed that much from what we can see so far.

It shouldn't really be a surprise that Mercedes have stuck to their aero concept; they've stated many times over the past few years that they feel it offers them more than a higher rake concept. After all, the car was generally quickest at high-speed aero tracks throughout last year and was hampered by mechanical gremlins at slower tracks. However, they've traditionally brought significant aero updates throughout testing and by European season so this is most probably not what the W09 will look like in a couple months.

It looks like they've spent a lot of time developing both their front and rear suspension setups, and if it's going to give them the mechanical platform that they need for their aero concept to work on a broader range of tracks then we should expect them to have another strong season.
Last edited by SparkyAMG on Thu Feb 22, 2018 2:39 pm, edited 1 time in total.
Top

The leading edge of the floor by the barge boards is different than the fingers the W08 had. 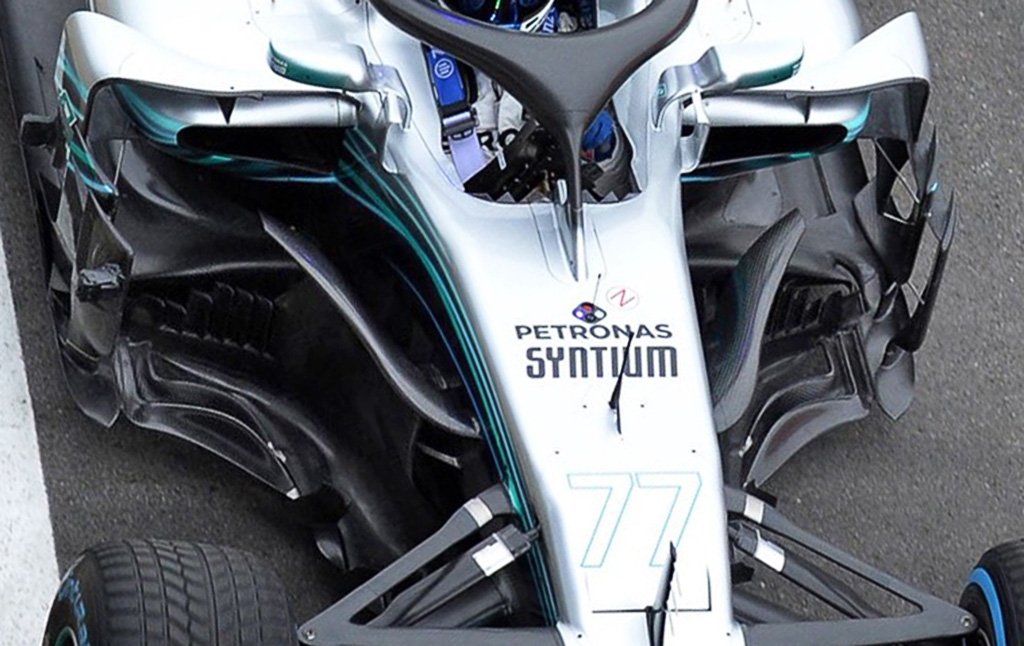 It is inspired by what Ferrari and RB did on theirs.
Top

Arbee wrote: ↑
Thu Feb 22, 2018 1:46 pm
My god, the bargeboard area looks complex. Now I understand what Paddy Lowe meant when he said 2018 would probably be a 'battle of the bargeboards'

An evolution of last year's best car overall, it's just sleeker, with updated details. You know what they say, if it ain't broke, don't fix it.
Saishū kōnā
Top

Looking at Ferrari & Red Bull, looks like Merc is missing a lot on the Sidepod area innovation.
Wroom wroom
Top

I bet they run CFD simulations with a Ferrari style sidepod. Maybe it just didn't show them advantages. Sure the cooling inlet for other teams (Ferrari, Haas, Williams, RedBull) is pushed back and you might benefit at the center of gravity. But maybe Mercedes are already satisfied with the position of the coolers. They got a whole lotta space on the floor around the combustion engine
Top

The biggest change must be that rear suspension?

Not sure on the exact details but it has the fancy bits at the end (like the front) but also something going on in the middle, hence the need for the exhaust to go up and over.

The rest just looks like a refinement of existing designs.

As the ban on the linked suspension was blamed by some for the troubles Mercedes had (certainly at the start), I guess it makes sense to see a fundamental change there.
Top