For ease of use, there is one thread per grand prix where you can discuss everything during that specific GP weekend. You can find these threads here.
684 posts


Fully agree. If Ferrari had a power advantage like that they would have been a second a lap faster than the merc in monza.

Watch the side by sides!

Has it not been like that for most of the races this season? Ferrari faster on the straights and accelerating. What’s new?
Top

Watch the side by sides!

Has it not been like that for most of the races this season? Ferrari faster on the straights and accelerating. What’s new?

soo.... over night Pirelli has increased the minimum tire pressure (at the rear - front remains the same) from 20.0 to 21.5 psi. Any idea for what reason, and who is going to benefit from that?
Top


Watch the side by sides!

Has it not been like that for most of the races this season? Ferrari faster on the straights and accelerating. What’s new?

What about turn 11? Lewis took it perfectly, but still constantly lost on every phase of the acceleration.
Top

Mercs having problems with the rear so they asked their buddy Isola to do something...

ringo wrote: ↑
Sat Oct 20, 2018 11:07 pm
Ferrari the stronger car here given the gaps to teammates.
I believe Vettel could have beat Kimi by more.

Everytime hamilton beats ferrari it's all him, never the car. Whenever ferrari beats mercedes it's all the car, never the drivers.

Vettel did a purple and 2 green sectors, him and kimi were neck and neck entire weekend, this was all there was in the car. Convinently you forgot mercedes held a vast advantage over ferrari in the recent races.

Bottas is simply bad and slow and has been for ages.

If you look on Vettel's lap he made a mistake. He would have gone much faster than Kimi.
For Sure!!
Top

Maybe something to do with the 20 degree temperature difference between yesterday and today.
माकडाच्या हाती कोलीत
Top

Drag?
Not for nothing, Rosberg's Championship is the only thing that lends credibility to Hamilton's recent success. Otherwise, he'd just be the guy who's had the best car. — bhall II
#Team44 supporter
Top

Holy moly Lewis & Kimi took turn 3-5 flatout. Man this year's cars are crazy. Bottas is a loser, having to lift through turn 5.

BTW is this new app telemetry available for eariler grand prix? Would be great because we can add the missing telemtry to the previous pole onboards.

Ive notice approaching turn 1, the Merc engine spins up to 11,400rpm and no more. For the other parts of the track it sometimes sees 11,700. The Ferrari engine seems a bit stronger, spinning at the 11,800 mark in most approaches to the braking point, but this may well be down to Lewis having poor traction on his run to the start/finish. Overall though the Ferrari seems less sluggish.
For Sure!!
Top

Interestingly, I see a lot of irony posts on social media concerning the new psi increase. Is there an indicator that it helps Mercedes in some way, or?
Top

I’d say, with the very limited amount of long simulation runs, both teams have opted for slightly different strategies. Knowing that the race is gonna be held in warmer conditions, Mercedes are visibly running more wing. I expect Ferrari to be running aggressive, because they must and have nothing to lose.

Fully agree. If Ferrari had a power advantage like that they would have been a second a lap faster than the merc in monza.

The near 2 tenths the Ferrari made on the back straight and the big gap it pulled on the merc up to T1 and out of T1.
GoLandoGo
Lewis v2.0
King George has arrived.

Traction could explain it, of course too. But seriously, we know for a fact that Mercedes is running more wing. More wing equals more drag equal more resistance when accelerating. It's maybe that simple. I know LM10 would really love to think everything is back to normal to put the '2nd sensor having any impact' stories out the window, but from what I'm seeing, that huge advantage Ferrari enjoyed until prior to Singapore hasn't resurfaced... or at least, IMO the verdict is still out on that one. For now, I'm just going to conclude that Mercedes was running more wing because they know the temperatures will be substantially warmer today and want to have good race pace and win the race and championship. Ferrari meanwhile are looking to be aggressive, they need one lap pace to get ahead and dictate the race to have any chance.

Anyway, from the little dry running teams had on Saturday morning, it seems Ferrari have a very quick car. They could well be the fastest car outthere on race-pace, especially on the SS tire [according to AmuS], but as said, they had so limited running, it's very hard to draw definite conclusions from the little data available.

Even if the race shows more, there's a point to be made that the teams made their set-up choices on very little FP3 data on a much colder track. Inevitably, some teams will get it wrong, some right, and some more right than others.
Not for nothing, Rosberg's Championship is the only thing that lends credibility to Hamilton's recent success. Otherwise, he'd just be the guy who's had the best car. — bhall II
#Team44 supporter
Top 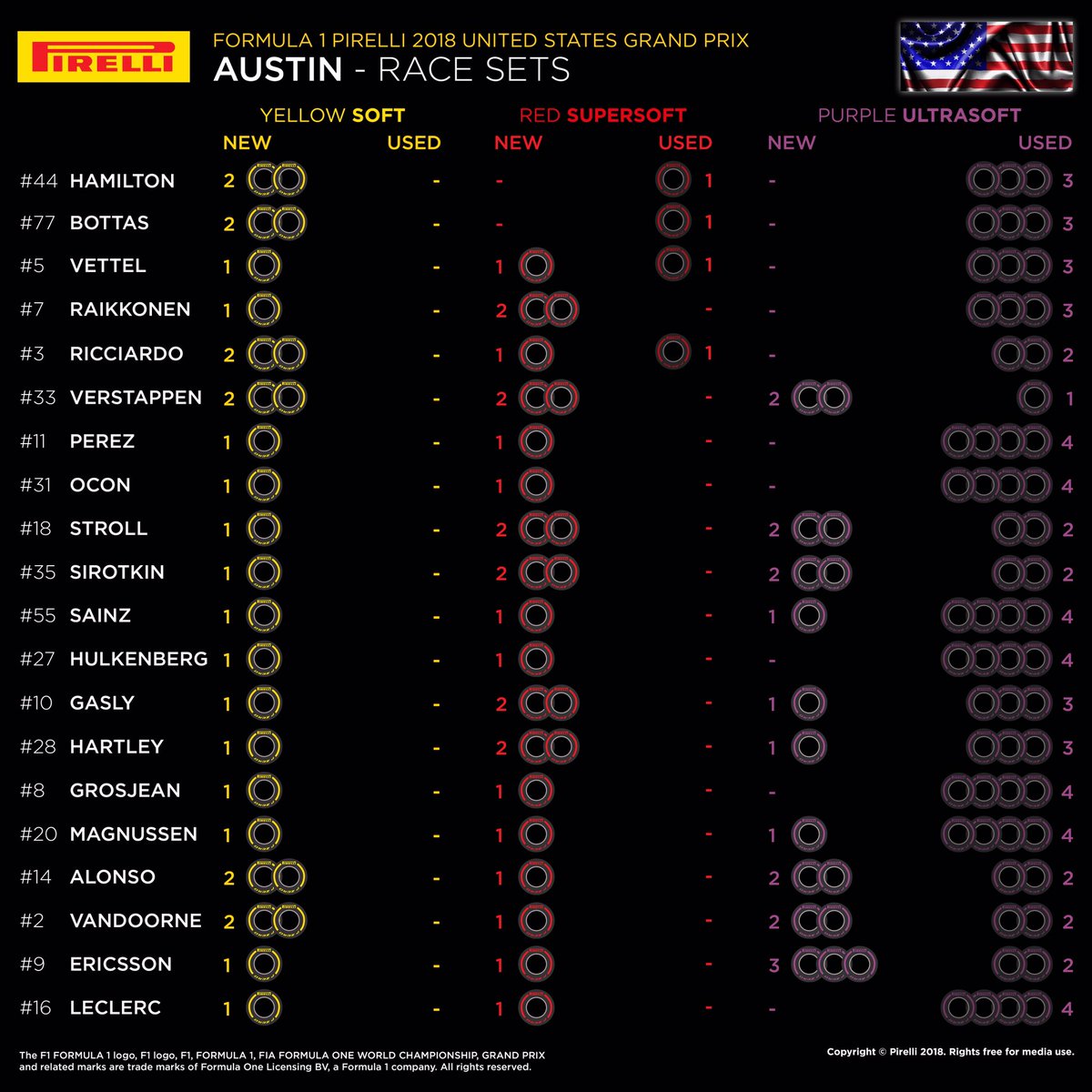