Williams looking to use Kubica's wealth of experience Wed Jan 17, 2018

On the back of his signing as Williams' test and reserve driver, the team's technical chief, Paddy Lowe, underlined that Robert Kubica was particularly signed to make use of his experience and technical knowledge to help develop the FW41.

This forum contains threads to discuss teams themselves. Anything not technical about the cars, including restructuring, performances etc belongs here.
695 posts

There was a statement on Sky that, Kubica was doing certain evaluation work for the 2019 parts and he was not on usual race weekend preparation work.
Top

any word if he is doing end of season test
Top

He is. With Russel
Top

There was a statement on Sky that, Kubica was doing certain evaluation work for the 2019 parts and he was not on usual race weekend preparation work.

Precisely. He also did mainly long runs and had low df config. He had highest top speed because of that, even though he was running heavy all the time. On one occasion, team ordered him to pit, but he wanted to try something with double cooldown cycle and stayed few more laps, so there were no concerns regarding fuel level.
Top

Well, by saying that you show that you know NOTHING about F1...
Top

Unf WEAK. At least some of the other posters gave some logical reasoning.
Top

So why did you ask in that " ironic " way? You could admit that you are new in F1 World and just ask why there was such difference in lap times between Stroll and Kubica instead of being acerbic about Kubica's fans.
Top

I've been following F1 since the mid-80s and I've seen some really lousy cars, disastrous teams, comical drivers, etc. Williams in 2018 were not a disaster. They scored some points largely on merit.

Nobody in the team made excuses or said it was good enough. All talk was about the need to get better.

There was no ugly spat out in public. No finger pointing at departments or individuals within Williams. Red Bull says all kinds of negative, whiney junk when they have minor problems. Williams kept their sh*t together, behaved professionally, and hopefully gave themselves a chance to focus on fixing the problems.

They provided the goods to their pay drivers. They consistently put a safe and reliable car on the grid. Both drivers were able to score a championship point. And (this goes back to the previous comment) they never said or leaked negative crap about their pay drivers or their pay driver's fathers.

The team calmly considered some type of mid-season overture from Mercedes to become the B-team, and turned it down with a thank you. They preferred to remain independent. They even decided against Mercedes gearboxes, not out of spite but because they determined it was not the best long-run approach. They'll continue shifting their own gears.

They completed yet another season as the only self-funding self-sustaining team on the grid. And this was, what, season 40 or 42 or something? Incredible. And Frank is still there, going (I think) to occasional races in person. And his daughter Claire is running the thing, which gets her intense criticism but it really means she must be doing something right.

Claire was clever enough to bring an experienced person like Paddy on board last year, and she apprently had the balls to back him in 2018 when it was clear that some other people needed to go so Paddy could do the job the way he wanted.

Going forward they have some good people and infastructure in place, they have Paddy, and they have two excellent and interesting drivers at opposite ends of their careers.

Kubica fans have never posted acerbic comments about stroll???? New to F1??? Guess what Unf I'M 78 yrs old, been following F1 since 1952. For 30 yrs i had a business building race cars. Just maybe i might know a little bit about race cars. Contrary to what you believe i hope kubica does well but fans need to lighten up about stroll.
Top

sprint car76 wrote: ↑
Mon Nov 26, 2018 2:59 am
Kubica fans have never posted acerbic comments about stroll???? New to F1??? Guess what Unf I'M 78 yrs old, been following F1 since 1952. For 30 yrs i had a business building race cars. Just maybe i might know a little bit about race cars. Contrary to what you believe i hope kubica does well but fans need to lighten up about stroll.

I'd love to learn more about your career building race cars. Wanna start a thread?
Top

sprint car76 wrote: ↑
Mon Nov 26, 2018 2:59 am
Kubica fans have never posted acerbic comments about stroll???? New to F1??? Guess what Unf I'M 78 yrs old, been following F1 since 1952. For 30 yrs i had a business building race cars. Just maybe i might know a little bit about race cars. Contrary to what you believe i hope kubica does well but fans need to lighten up about stroll.

You follow F1 since 1952 and you still don't know that drivers do a testing for 2019 etc during fridays? Especially those from weak teams? Funny... or not.
Top

Kubica admits many are jumping ship at Williams
Top

Unf. Yes i knew about the 2019 parts, did you? Or did you pick that up from GPR-A post? See, being 78 and retired i have a lot of time to read. When i posted the comment about 1.5 seconds i was wondering who would come up with the logical answer. What was your reply "Hater", not nice.

I think kubica will struggle, not because i don't like him but because he has been away to long. That and the fact that williams have a long way to go to produce a competitive car. Posters generally blame drivers first if the car isn't competitive but maybe forget it's a team effort. Did the designers do their job, did the engineers do a good job of setting up the car, those are just as important as the drivers. Kubica isn't going to save this team on his own.

Ask any driver who is the most important person to him is. He will tell you it's his race engineer. Together they decide which direction they will go to get the best out of the car. Race engineers can make a driver look good or very bad. Having raced (still racing, but not as a driver) i understand how a successful racing team is about the people that you surround yourself with. Even in the age of the computer it's still about the people.

As a canadian of course i support stroll. Will he have a successful career, only the future at force india will tell. I'm hoping he gets a much better race engineer to help him develop. Kubica's future is going to depend on a lot more than his driving ability.
Top 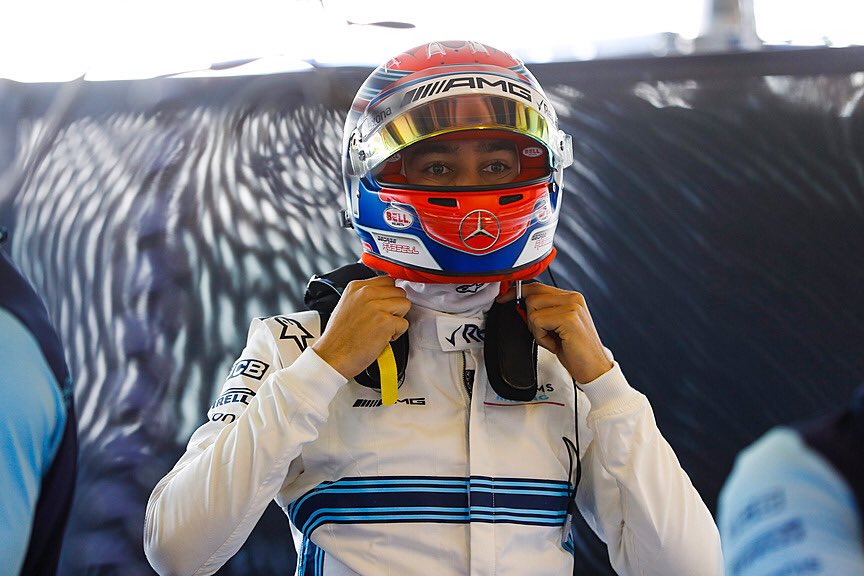 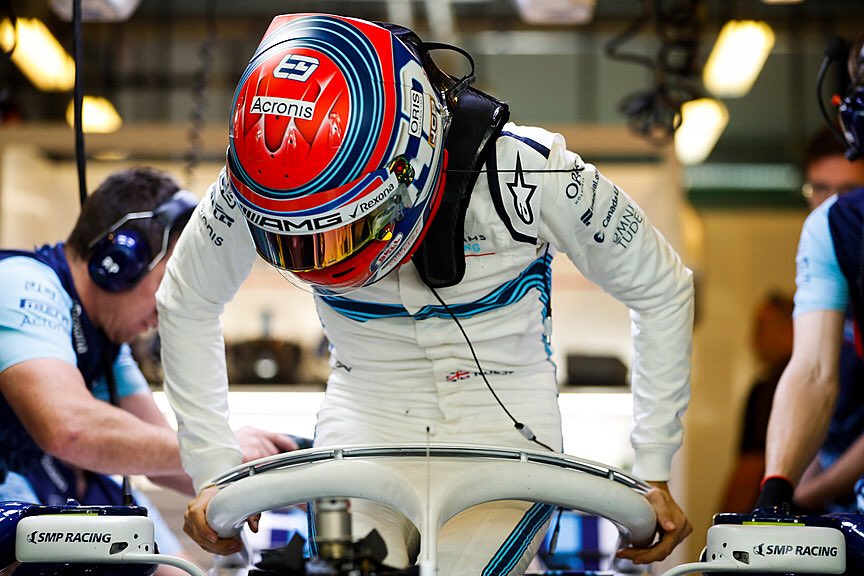 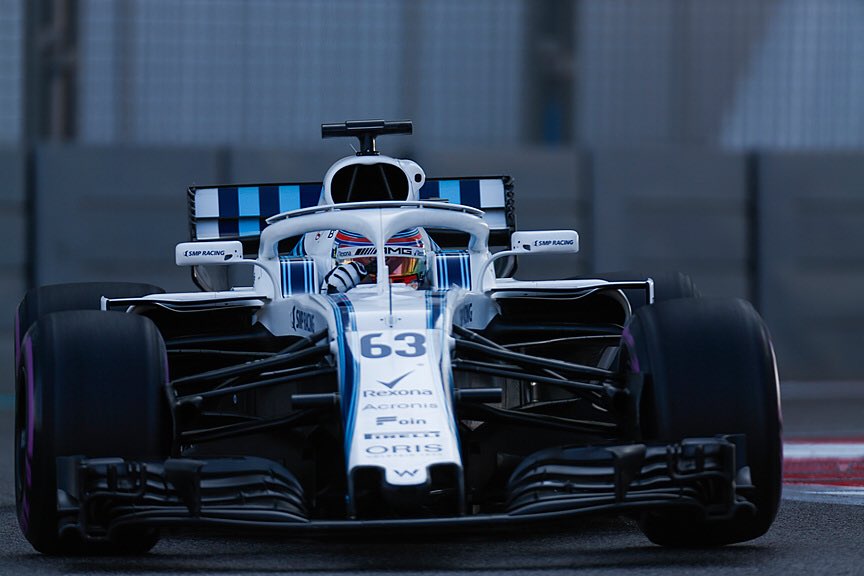 dren wrote: ↑
Wed Nov 21, 2018 8:11 pm
Word is Kubica was several grid positions quicker than the current drivers on the simulator. We'll see how that translates to the track.