A place to discuss the characteristics of the cars in Formula One, both current as well as historical. Laptimes, driver worshipping and team chatter does not belong here.
1710 posts

What about Baku, Monaco and Singapore, wouldn't Ferrari's concept be hurting them at these circuits too?
Top


A minor point from the speed traces. Bottas has virtually the same speed over the start line at the beginning and end of the lap whereas Vettel is quite a bit slower suggesting he ran out some resource, either power or tyres or maybe both.

The analysis is bogus (at least in this respect). Below are images with speed traps from the start of second Q3 laps and the end of those Laps. As you can see Vettel has 3 kmh higher start/finish line at the end than he did at the beggining, and also 4 kmh higher than bottas.

Start of the lap
https://i.imgur.com/oaCt6Hj.jpg

end of the lap
https://i.imgur.com/oDebSOD.jpg

I discussed it with the guy who did it (who's normally really rigorous and careful).
I think there are 2 aspects :
1) The values are correct and there is genuine job in it BUT
2) He got caught up by the offset in the F1 app (see image below. The speed isn't sync with the position on track : at 270kph, at the beginning of the lap, he should have passed the S/F line). You can check on the app, same story with Vettel. The graph seems to be sync'd with the S/F line

Furthermore, the graphs were TIME-superposed as opposed to position-sync, which is a bit misleading in terms of overlay. But the values are genuine.
Will suggest it to him so sync based on speed values for beginning of the lap and to overlay them distance-based rather than time-based for it to be more accurate next time.

I checked the average speed chart he gave in the 1st stint, and they are spot on.
And apart from the last straight, the delta time is very much in line with video comparison.
So yeah, a bit of inaccuracy towards the end but I think it's based on good work and it's a matter of fine-tuning it.

Syncing the cars with the actual start/finish line is a pain, I agree. Starting the trace from the in-app speed numbers for the start line should be the best option imo.
Top

I have to say I disagree with this!

One other thing I think may carry some weight is that most drivers like a solid front end [of which the Ferrari seems to be lacking for whatever reason] so they can stick the car into corners and then counter any rear end movement with the steering wheel.
Most of these drivers started in karting and the lower divisions where the ability to correct oversteer seems to be hard wired. I can`t recall a driver liking the front sliding away fron them, maybe Ferrari are missing the input of Kimi when it comes to the front end...
Top

What about Baku, Monaco and Singapore, wouldn't Ferrari's concept be hurting them at these circuits too?

Most of the front end tracks are slow non-flowing tracks which can be easily compensated by working the tyres more through suspension set-up changes (Thus Traction which is why the tracks you mentioned, teams like Racing Point (Previously known as Force India score highly compared to China, Spain and Hungaroring.) Baku, Monaco and Singapore fall in these cases. Australia has never favoured Ferrari even though it is more of a balanced track, but its a one of a kind track which is why you can't read to much into the results in any of the races there in terms of performance. Spain is the only track where actual aerodynamic performance levels of the car(In terms of Aerodynamics only) can be seen. It explains that last year Mercedes still had the fastest car Aerodynamically with Ferrari bettering them in Engine and drag efficiency. This year we still won't know until Spain. (Excuse my grammar going somewhere so typed really fast)
Halo not as bad as we thought
Top

Friendly reminder that this thread is for the 2019 car. The interesting discussion on who and how fixes understeer has been moved to a more fitting home in the team thread.
¡Puxa Esportin!
Top

So Apparently Ferrari are going to be copping/drawling inspiration from Mercede's rear wing.


Ferrari team boss Mattia Binotto says a fix is indeed being worked on.

"A rear wing like the one Mercedes has is coming," he is quoted by Germany's Auto Motor und Sport.

It is believed that wing will debut in Barcelona, but the magazine said it may also require Ferrari to re-design its unique front wing as well.

Personally, I'd disagree with Binotto's priorities.


Ferrari has also struggled with some reliability concerns, but Binotto insisted of the team's priorities: "First comes the laptime, then the reliability."

Why is Mercedes RW special? What is differens between RW of SF-90 compared to Mercedes one?

There are several subtle differences, but the most noticeable one is that Ferrari is running a slight spoon wing as you can see below compared to Mercedes. 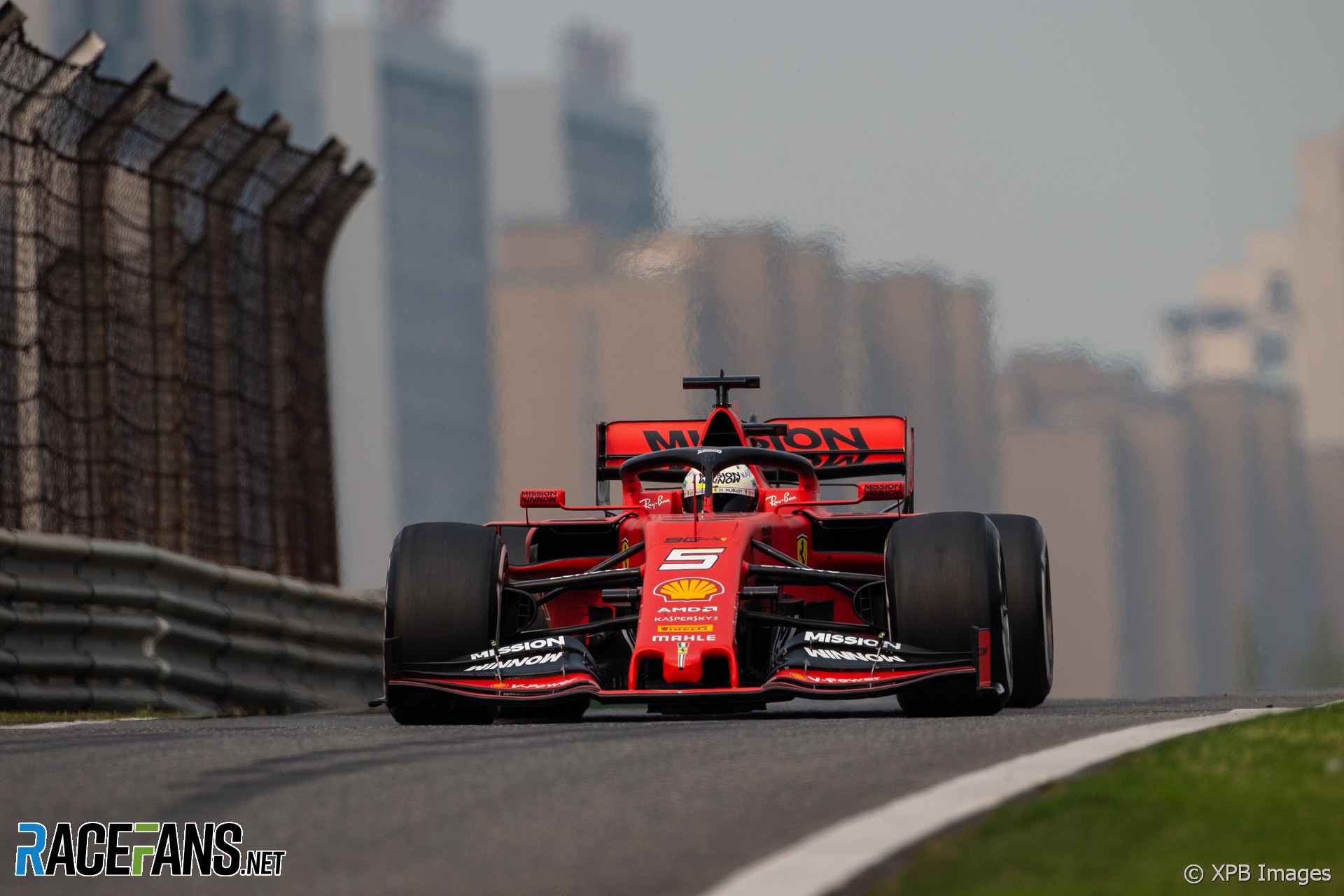 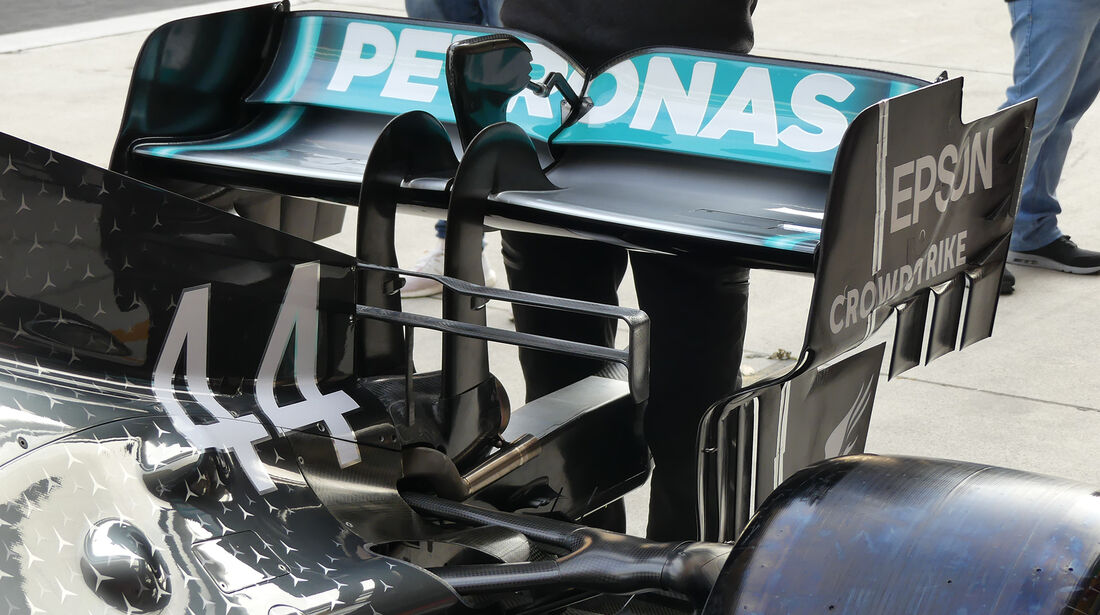 At a conceptual level, you can think of it like this, Ferrari is running a lower drag and lower df design, compared to Mercedes who is running a higher drag, higher df design.

The issue is like what Nico Rosberg said and't took a lot of heat about. Ferrari just can't put a higher df wing on the car and call it a day, they have to add df at the front of the car as well to balance it out, or they will generate a ton of understeer.

Thus they will need to make a lot of aero changes to the car overall, and that will eat into or potentially even negate their strait line speed. Not to mention it will take time to make and validate all the changes, thus putting them further behind their competitors in the season long development race.
164 98 95 7
Top

That spoon wing was only used in practice and in the Bahrain test.

They didn't use it in the race.

This is interesting. Correct me if I'm wrong but don't Haas get all their suspension parts from Ferrari? If so could Ferrari be suffering the same issues?
Top

rumors from Italian press: recalled Giovinazzi in GES as developer and sim driver.

This is interesting. Correct me if I'm wrong but don't Haas get all their suspension parts from Ferrari? If so could Ferrari be suffering the same issues?

Ferrari didn't have an issue in Bahrain though, so most likely the issue is a bit more complex.
164 98 95 7
Top