Where does 46kg come from?!

Teams/manufacturers were taking the piss with fuel (type/volume) & boost levels.
Attempts were made at equivalence with 3.0l NA ....

F1 fuel capacity was then limited to .....
250 litres as part of 1973 crash-safety mandates
220 litres and refuelling ban in 1984
195 litres in 1985 - apparently for both NA and boosted
(presumably both at this point on the road to higher fuel density ie toluene etc)

how could the FIA 'experts' be so useless ?
proudly limiting RON was laughable - even MON would have been better
eg for 1958 F1 switched to 'road fuel' aka 'pump fuel'
allowed Avgas (we're now always told 100/130)
but these numbers are minima - typically 100/130 tests at c.110/130
and somewhere in primotipo it even says they used Avgas 108/135
aromatics (toluene/benzene/xylenes) have always been the enabling ingredients in this (1938-invention) Avgas
detonation-resistance is poor at high flame temperatures but outstanding at low flame temperatures ie rich mixtures

A lot of good scoop on fuels in that post that I was never aware of.

In the interest of getting back towards the topic more though, all fuels used in F1 through the years have weight.

It does seem that the weight increase was fairly large, but even without exacts when done for safety reasons it's all justified. Granted some of the weight gains aren't safety related, but things like the wheels/tires bring the cars more up to "standard" with modern road cars.
Top

With regards to weight (and in the interests of showing how efficient they are - all part of the hybrid concept); it would have been a fairly easy call to go back to 100kg for the fuel mass. When originally launched there was a tendency to ‘underfill’ the cars to gain lap time, but now we hear nothing.
The more that I learn, the more I appreciate how much more there is to know….
Top 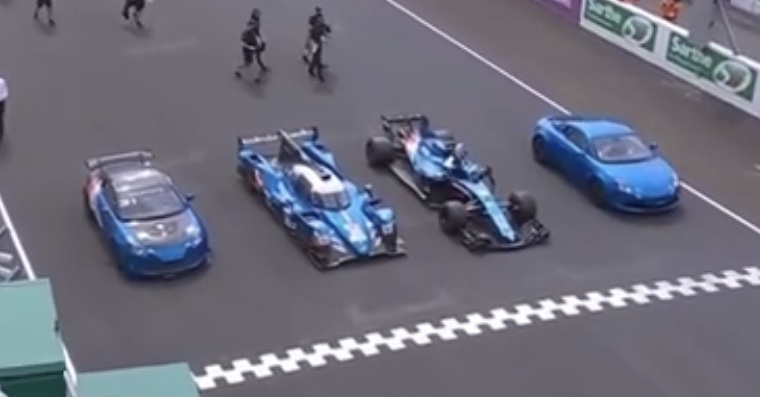 Just needs a Ford F-150 in the lineup for scale

; but seriously, how did the FIA let them get so big!!!
The more that I learn, the more I appreciate how much more there is to know….
Top

I don't agree about the FIA letting them get big, the FIA slashed the width of Grand Prix cars in 1993 and has never restored it back to the original maximum width regulation from 1972. 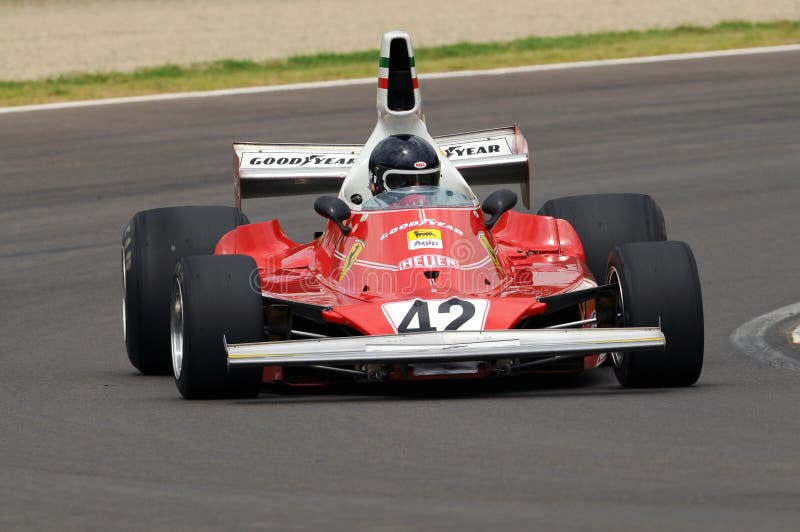 Bring back the full width!

So there was a minimum car size, rather than a maximum? Very interesting.

When I saw the Porsche 919 up close, I thought it was a giant go-kart, so what in the world would I think if I saw that Alpine?! 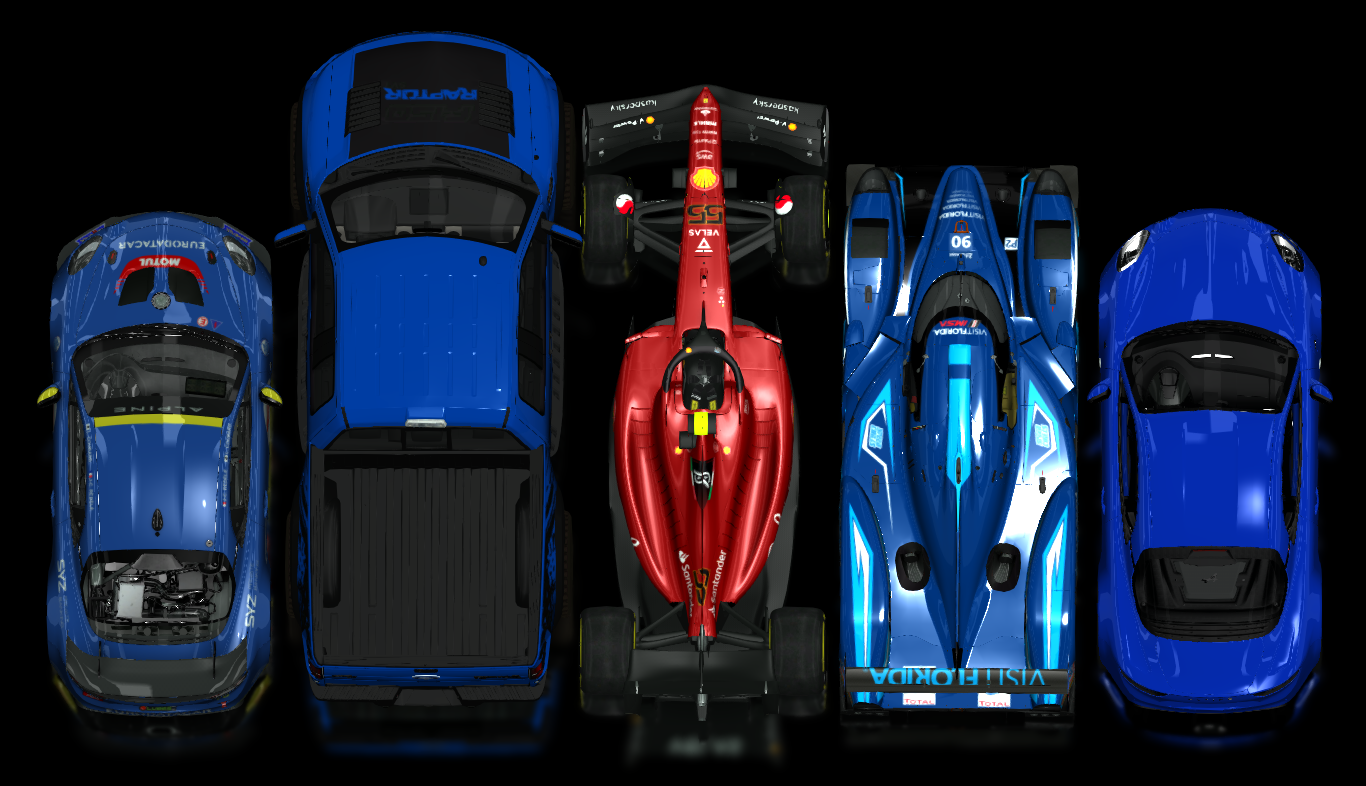 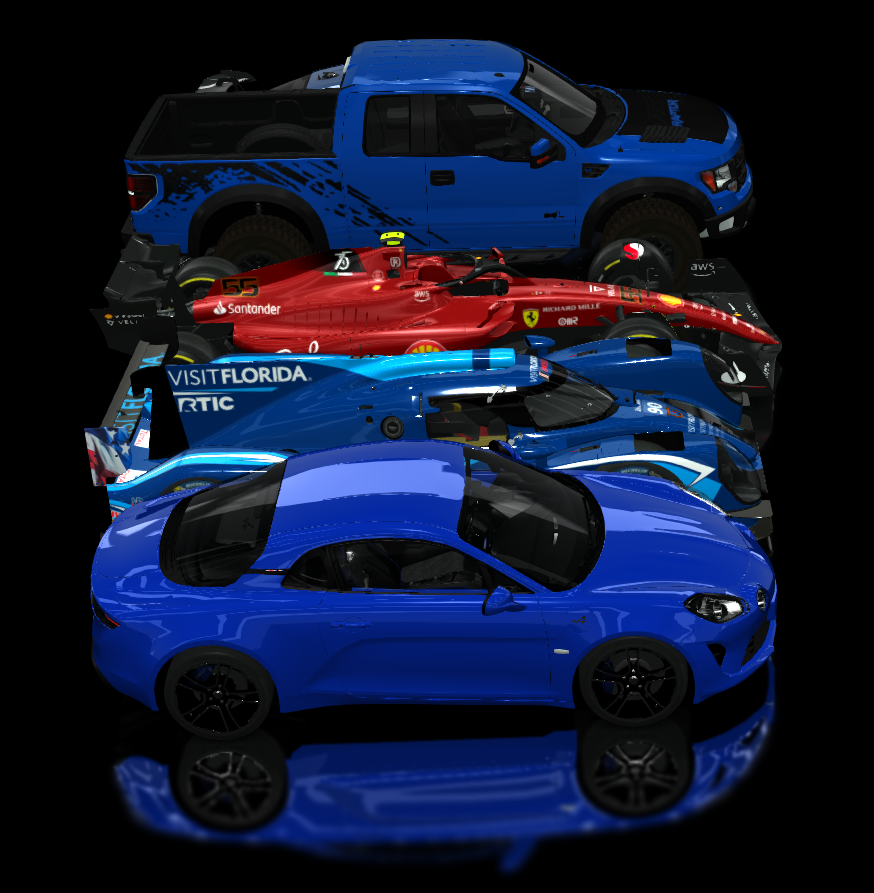 And think, F1 drivers of the eighties/nineties used to say how they had to adapt their driving style to suit the big, slow-responding cars when they went sports car racing…
The more that I learn, the more I appreciate how much more there is to know….
Top

On the plus side, Ford could make an F-150 F1 edition with relative ease. Just drop a body shell over a used Haas.
Defend the right to 140 character limited speech.
Top

Guess the length is all in the name of downforce and high speed stability.
🖐️✌️☝️👀👌

iirc the 2009 changes made the cars slightly longer with the new nosecones, the RW endplates, etc. However there were no length limits so it became advantageous to make the floor as large as possible to use as an aero element. Which led to rake and RB style narrow engine covers and rear pullrods, etc.
Defend the right to 140 character limited speech.
Top

vorticism wrote: ↑
Thu Apr 14, 2022 3:51 pm
iirc the 2009 changes made the cars slightly longer with the new nosecones, the RW endplates, etc. However there were no length limits so it became advantageous to make the floor as large as possible to use as an aero element.

PlatinumZealot wrote: ↑
Thu Apr 14, 2022 3:47 pm
Guess the length is all in the name of downforce and high speed stability.

Until 2016, the total length wasn't quite so outrageous and S-class-like/F150-like though.

Perhaps proportionally increasing the front tyre size in 2017 was a mistake, and they should have been left at the traditional 245mm front tyre width (which also looks less silly than 305mm fronts) rather than being scaled proportionally with the rear tyres.

I'm totally onboard with getting rid of the silly narrow rear tyres, and putting the rear tyre width back to how it was supposed to be though (or slightly more even), that was absolutely the right call. A Grand Prix car should have fat rear tyres, just as they have had since the late 60's (up until they were foolishly taken away in '94 or '98, not quite sure).

None of that Americanism with pickup trucks, just a good old British white van.

[Of course anoraks will note the Ford Transit was powered by various Cosworth engines, mostly closer to Group C than F1, and in the above case it is fitted with a V6.]