Sieper wrote: ↑
Sun Apr 28, 2019 8:19 pm
Max just lost that place to perez as he had to start from P4. The inside here is rather disadvantegous. Last year Max started from P5 himself and he overtook Ric (that started from P4 as well) in the exact same way as Perez on Max this year. Not so much a tire heat up issue.

After the VSC The realease came at an unfavourable moment for Max, plus he was told to stay of the kerbs, compromising the only way to get heat into the tires (the corners in the twist section).

Agreed, I just think he had a less than stellar start from the inside which is not the best anyway, he made ground only a few laps in, to me that's not a fuel efficiency issue, especially while setting plenty of fastest laps, keeping tabs on Vettel and Hamilton and only slowing due to avoiding kerbs for chassis reliability. Not the usual behaviour of fuel saving..
Top

Does it brings aero benefit as well, especially to attack tyre wake
Top

Honda brought spec2 which role was to improve reliability and allow the car to run higher engine mode for longer duration the progress is there and clear to anyone if you compare to China were Max was losing to vettel.now Rbr needs to bring aero improvement if that helps with tyre usage hopefully the can dispatch Ferrari and focus on Mercedes.
Top

i would bet on a revised PU area they hinted about shrinking this area leading to free gains plus whatever aero and body they will upgrade as well.
para bellum.
Top


One of the less publicised but very significant changes to the 2019 regulations was the limiting of the under-wing nose strakes to two each side where previously there was no limitation. These strakes are used to divide up the airflow between that travelling to the barge boards and down the sides of the car and that channelled to the underfloor. They are crucial in joining up the upper and underbody airflow that is such an essential part of how the current cars maximise their aerodynamic performance.

Because of the extreme way its high-rake car works, it seems that Red Bull has suffered more than other teams in this regulation limitation. The car is aerodynamically powerful as it dives under braking into slow corners and its drivers can carry a lot of speed up to the apex, but as its platform then levels out or pitches under acceleration - and stays relatively level in fast corners - that aero performance is somehow being lost to the detriment of rear end downforce, and the area of suspicion within the team has fallen to how those under-nose strakes are directing the flow.

Modifications to how the flow worked this area were what was behind the improvement between Bahrain and China. A more fundamental change, incorporating this new knowledge, is planned for Barcelona.

Not entirely sure but I'd say that's a new engine cover that looks a lot tighter around the rear. 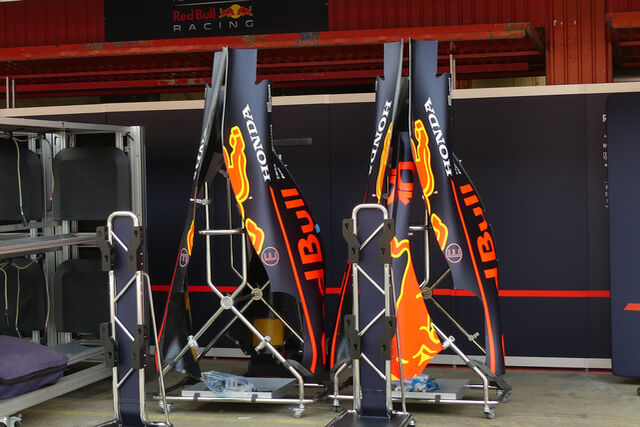 They look different to me, but maybe it's just the different angles. 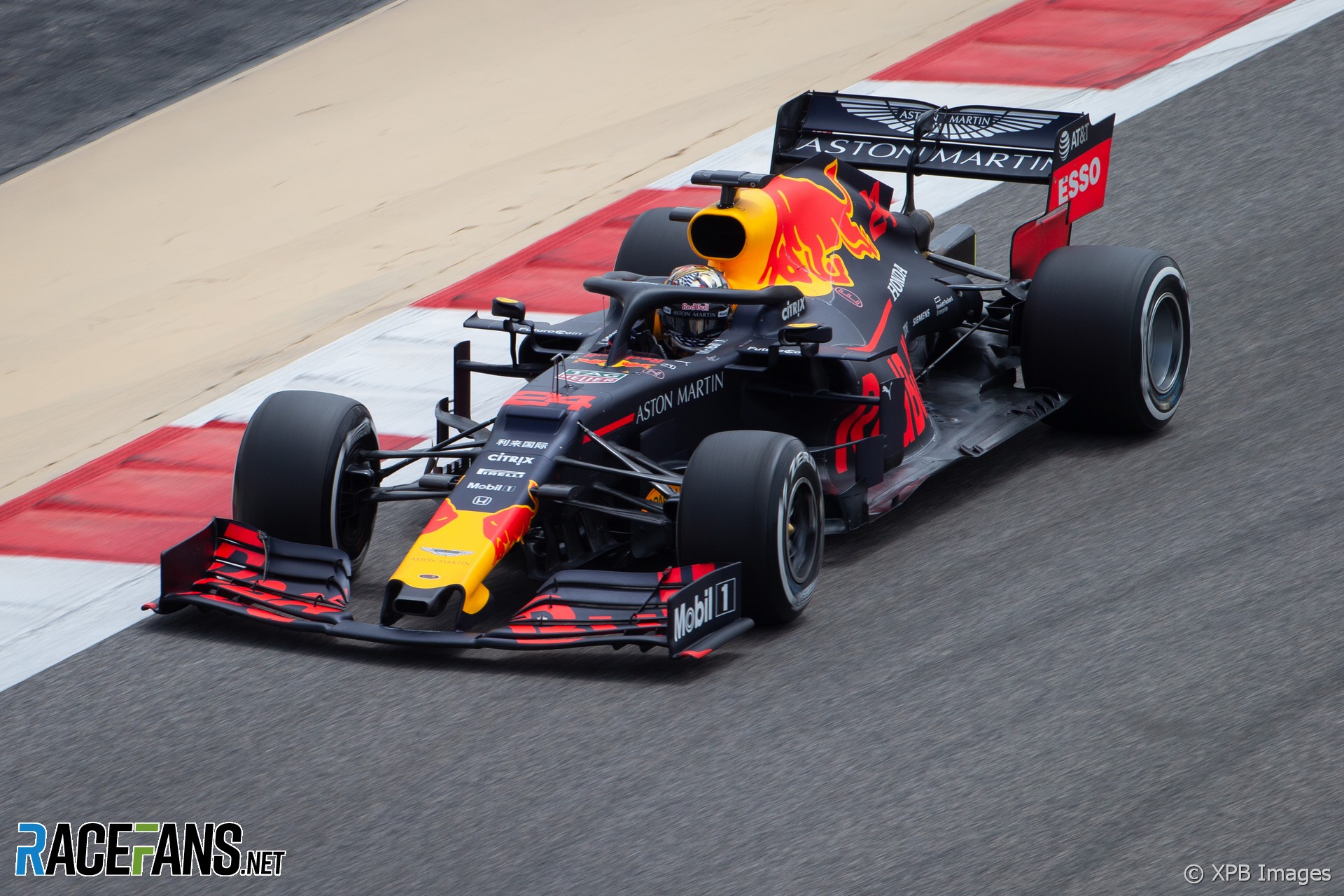 What year did they stop using a one-piece engine cover?
Top 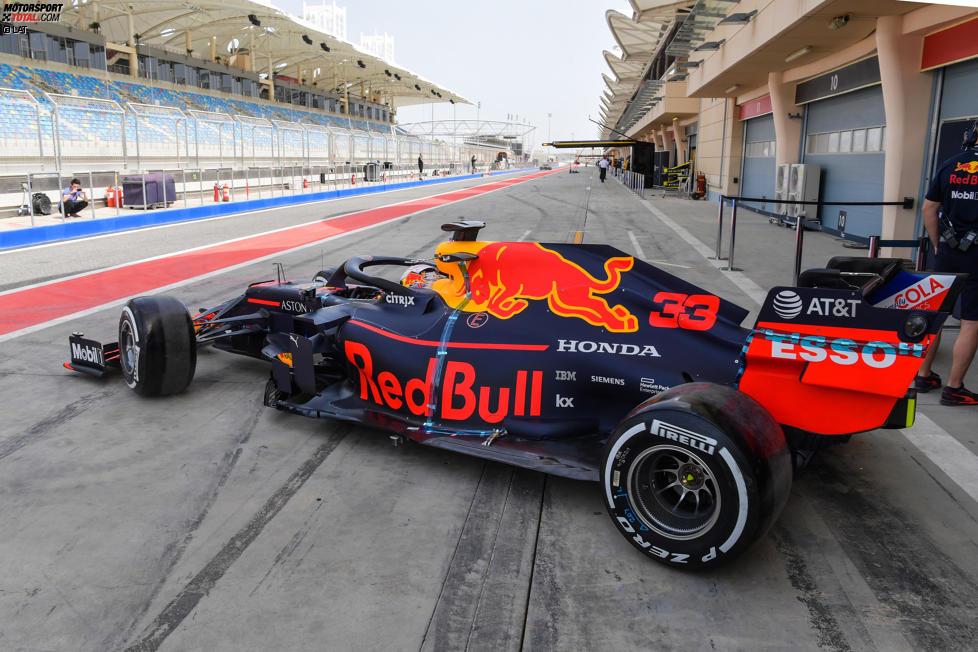 Here a more clear picture, lower halve of 33 on the lower engine cover 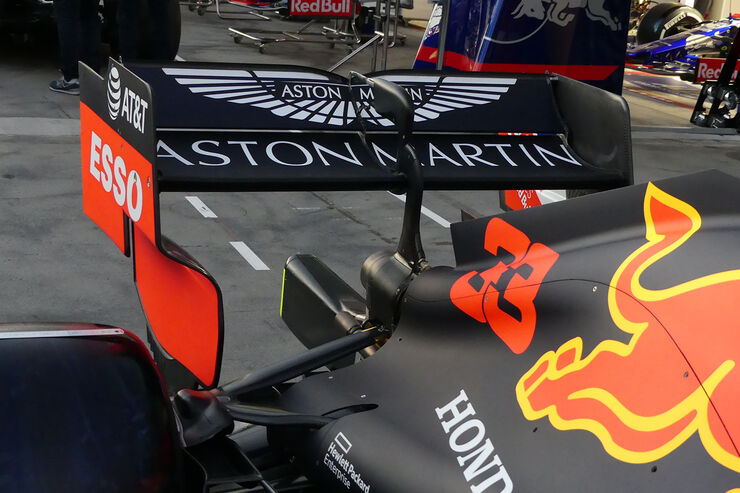 Just a personal interest, a Family recreating a WW2 May 1940 Dutch warbird from scratch: https://www.facebook.com/FlyingFokkerD21/
Top

Looks to me the left one is different from the right one: the red stripe on the left covers has a sharper bend near the sidepod intake. Updated sidepods?
Top

Looks like the old frontwing they already used in the first in season test, plus the 3 trays in the central section. 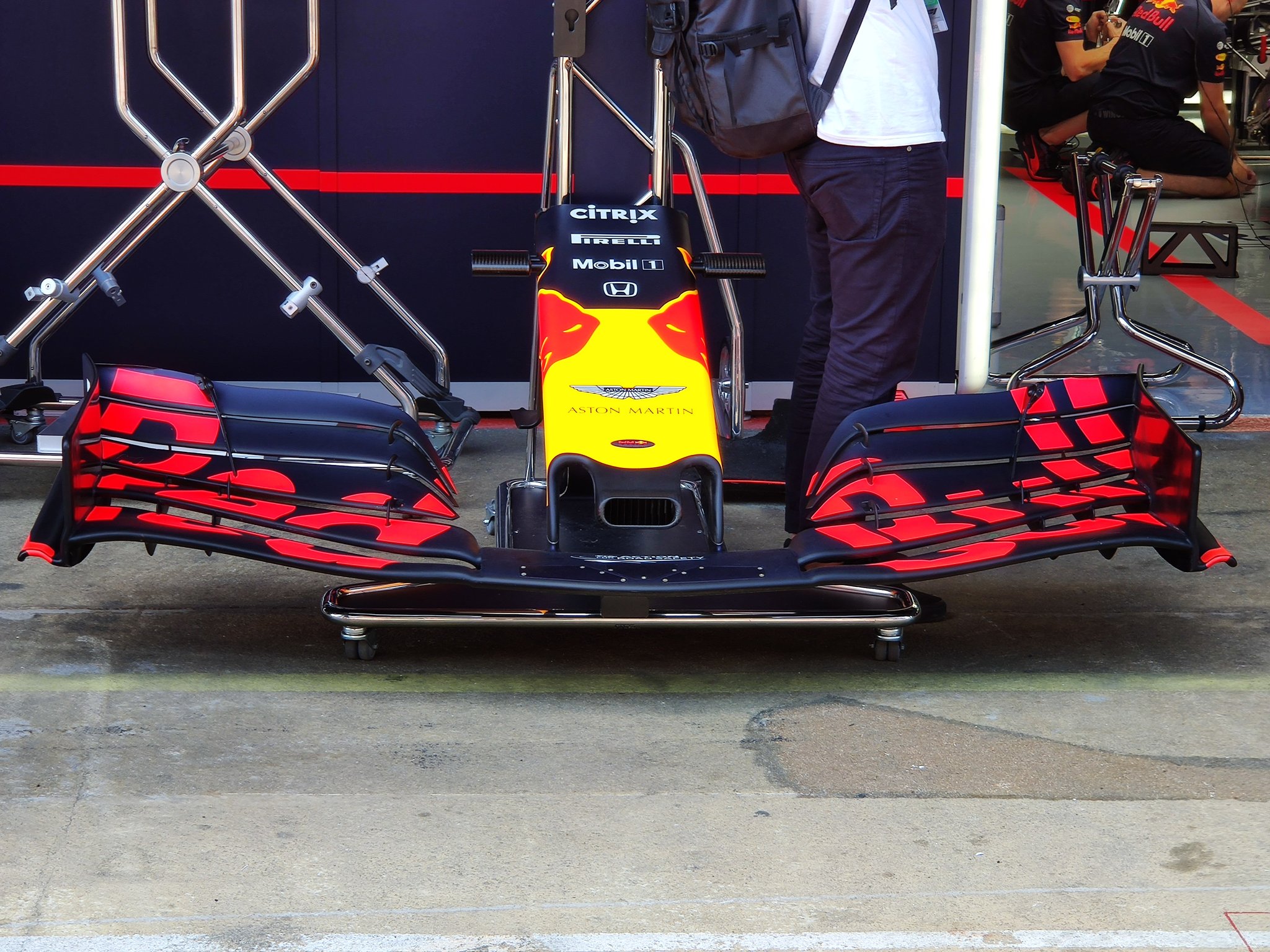 dxpetrov wrote: ↑
Thu May 09, 2019 3:35 pm
Wtf is this BS?! Hope this is just the old wing, for comparison... If not, they have really become a joke team. The reference they've got about big "Update Package" is not more than a mere practice session item adjustment for Mercedes and Ferrari. No wonder they can't compete at highest level anymore...


Red Bull have opted for what Horner describes as a “fairly subtle” upgrade for Spain. He added: “It’s basically an evolution so it’ll be the usual front and rear wings upgrades. It’s evolution rather than revolution. [The] development is focused on different aspects of balance, degradation, all of those things.”

Perhaps they've brought old and new parts so that they can compare them on track. That would be an entirely sensible thing to do.
Turbo says "Dumpster sounds so much more classy. It's the diamond of the cesspools." oh, and "The Dutch fans are drunk. Maybe"
Top
1184 posts