On a side note, Hamilton has a new chassis for Suzuka (which was inspected by Jo Bauer of the FIA), and Motorsport Italy is reporting that it is the new, lightweight chassis that was rumored back in Hockenheim. https://it.motorsport.com/f1/news/f1-me ... 55526/amp/ 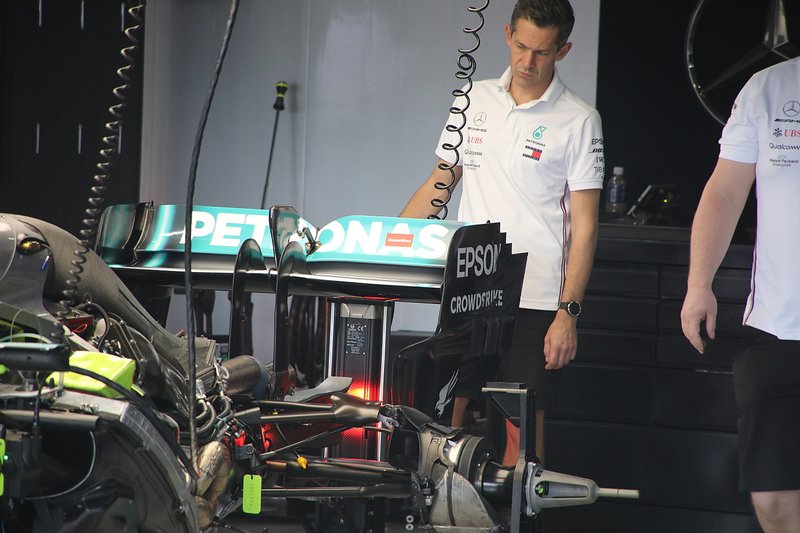 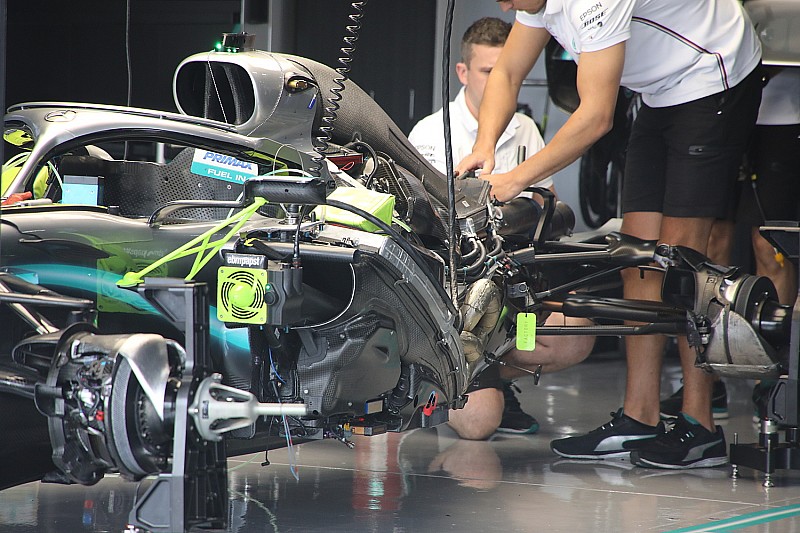 I was going through the Suzuka lap from 2017 and thought to make a comparison vid like Juzh. First time doing it so unsure if I selected the most accurate start point but I went with when their throttle becomes "intentional" for the start of the lap.

In Japan, Mercedes added a new vertical fin on the floor just ahead of the rear brake ducts.
Pointed with a green arrow in the image below: 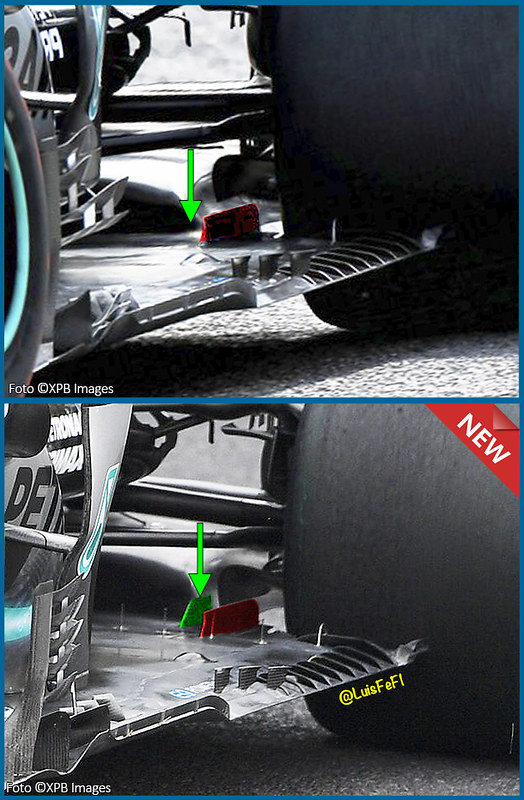 So what's up with that lightweight chassis? Didn't seem to help Hamilton much if at all. Was it confirmed or a rumour? What kind of weight difference are we talking about? I guess advantage would be more possibility of ballast?
Top 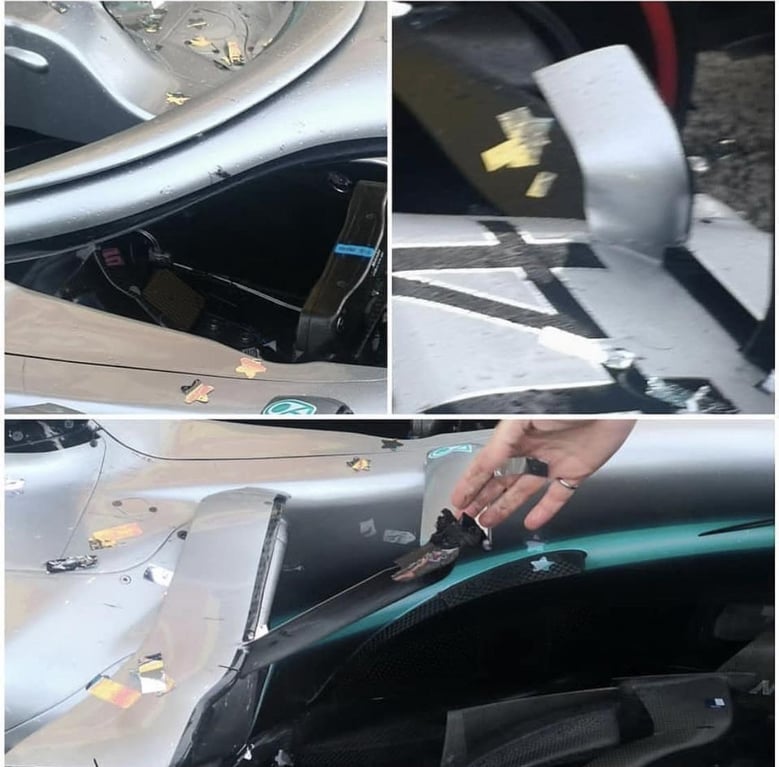 It looks like they have put stickers all over the impact points, I wonder if they are going to make a complaint.
Top

LuisFeF1 wrote: ↑
Sun Oct 13, 2019 7:15 pm
In Japan, Mercedes added a new vertical fin on the floor just ahead of the rear brake ducts.
Pointed with a green arrow in the image below:

They're also running the wake sensors again. Presumably to check the effect of the changes up stream.
Turbo says "Dumpster sounds so much more classy. It's the diamond of the cesspools." oh, and "The Dutch fans are drunk. Maybe"
Top

So, apparently, the W10 is heavily affected by wind (which makes sense, given the nature of both the front wing design and the amount of aerodynamically-sensitive appendages the car has).

That's what hurt the W10 in qualifying in Japan.

On Friday, Ferrari looked in no shape to threaten the Mercedes. Ok, so the cars were running old Spec One motors in low modes during practice. But that didn’t explain the 1sec deficit to them. In normal – un-windy – conditions, the Mercedes' downforce advantage through the long corners was decisive. But as well as changing to the Spec Three engines for Sunday, Ferrari reduced the rear wing level, bringing a better balance.

Furthermore, the Mercedes – like the Red Bull – has the loaded outboard front wing, with the full depth elements that give greater direct front wing downforce and contribute to its greater overall aero effectiveness, so long as the outwash around the wheels can be adequately controlled. Achieving that control is somewhat marginal – which is the whole reason it took Red Bull half a season to switch on the RB15. It gives greater downforce than the Ferrari-style unloaded outer wing, but it’s much peakier.

The Mercedes aero team has done a fantastic job of ameliorating that trait with the W10, but Suzuka on Sunday showed that all it takes is a gusty, unpredictable wind, and the car loses some of its sure-footedness. It under-performed here just as surely as it did in the last windy qualifying we had – in Bahrain.

Charles Leclerc was somewhat shell-shocked to be two tenths adrift of Vettel, despite feeling he’d left little, if anything, on the table.

Mercedes was slightly slower in every sector, the drivers just not confident in leaning on it as hard as the Ferrari guys. Valtteri Bottas shaded Lewis Hamilton by a hundredth to go third.

They were over half a second clear of the Red Bulls which had the same problem as the Mercedes but more so and still a power shortfall despite the much-heralded new Mobil fuel for the Spec Four Honda engine. They were running significantly less wing than either Ferrari or Mercedes.
Top

It would be worth adding a source for that quote. Is it the Mark Hughes article?
Turbo says "Dumpster sounds so much more classy. It's the diamond of the cesspools." oh, and "The Dutch fans are drunk. Maybe"
Top

After Massa incident FİA's reaction of this is unacceptable
Top

It would be worth adding a source for that quote. Is it the Mark Hughes article?

Yes, from his race report.

Do we know if this update was planned for this year's car or did they bring it forward from next year's car like Ferrari might have done?
Top
2224 posts