Aston Martin Racing has become the first team to show off a real 2022 Formula One car after Haas limited themselves to a rendering and Red Bull painted a show car to keep their secrets hidden.

A place to discuss the characteristics of the cars in Formula One, both current as well as historical. Laptimes, driver worshipping and team chatter does not belong here.
725 posts

I wonder why they didn't copy the side pod inlets as well.

Something to do with the SIPS?
Motorsport Graduate in search of team experience ;)
Top


Why would they need photos? They have RB's aero chief from last season.

Are you saying Dan Fellows carried a dossier of RedBull drawings to Aston Martin?

You need photos. Every now and then I reverse engineering myself (both machines and structures) and photos, lots of photos are key to that process.

The RedBull aero chief can advise them how to it works and what to expect but he won't have any drawings with him. And he is not allowed to recreate the design even from memory.

Well clearly it got re-created. Reverse engineering is a lot easier if you understand the philosophy behind the concept, and what it is trying to accomplish. I would imagine that if you understand what a concept is trying to accomplish and know the numerical targets that it hits, it would be fairly easy to re-create in some iterations of CFD. In fact this would be more powerful then copying from pictures.

One would expect a similar front-wing flow structure for similar numerical targets to be similar?

To be fair, the AMR22 had that deep cut in the sidepod above the floor entry before any team and they said during the presentation that the upper section of the sidepod would change a lot.

They're all copying each other at this point, to some extent. The cost cap makes it easier as no one is further down in the development cycle.
Top

If this new car has similar aero performance to RB18, it would be interesting to see the difference in engine performance. A comparison of straight line performance telemetry with and without DRS would be a good measure.
Top

completely agree, if this works, it will have moved them forward, they have new insights, and a far better platform to develop from, going forward. Honestly i would wish my team mclaren would be as pragmatic as this sometimes. Right now and for the forseable future there is only 3 teams capable of fighting for the championship, the others are just there to cacth the leftovers

They aren't trying to win the WCC this year, so I don't know why people are pointing out they won't beat RB with this car.

The point it to take a working concept and try and understand it.

It worked out great a couple of years ago, even though they didn't have all the suspension details needed to get it to work fully.

VacuousFlamboyant wrote: ↑
Fri May 20, 2022 2:58 am
To be fair, the AMR22 had that deep cut in the sidepod above the floor entry before any team and they said during the presentation that the upper section of the sidepod would change a lot.

They're all copying each other at this point, to some extent. The cost cap makes it easier as no one is further down in the development cycle.

Yeah i was going to comment the samse, the car had the huge front undercut anyway, and also it had the huge outer strake before, now theyve doubled it up like RB. Would be good to get a picture of their full strake arrangment, see if theyve fullu copied RB on that too or just the outter pair.
It was said before the season even started that the RB guy wasnt happy with the concept theyd come up with and the car in the wind tunnel was already considerably different
Top 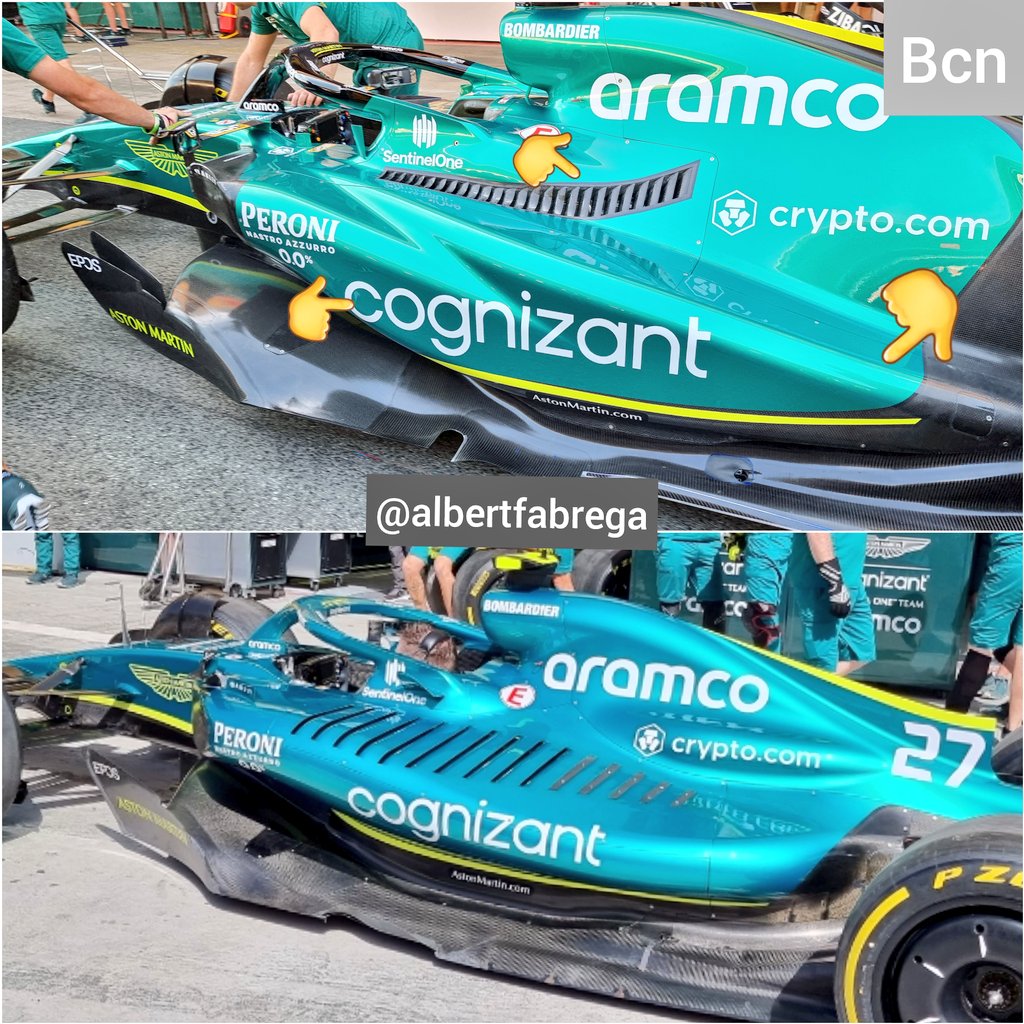 from this photo the two floors look similar, at least in the concept, they simply had to copy the sidepods
Last edited by ema00 on Fri May 20, 2022 12:45 pm, edited 1 time in total.
Top

what a shame; these guys are only capabe to copy

from this photo the floor looks similar, at the least in the concept, they simply had to copy the sidepods

What is the point of your post? There is a big difference in copying a design concept like a double t-tray vs almost 1-1 copying the aerodynamic profile of sidepod, engine cover and floor.
Top 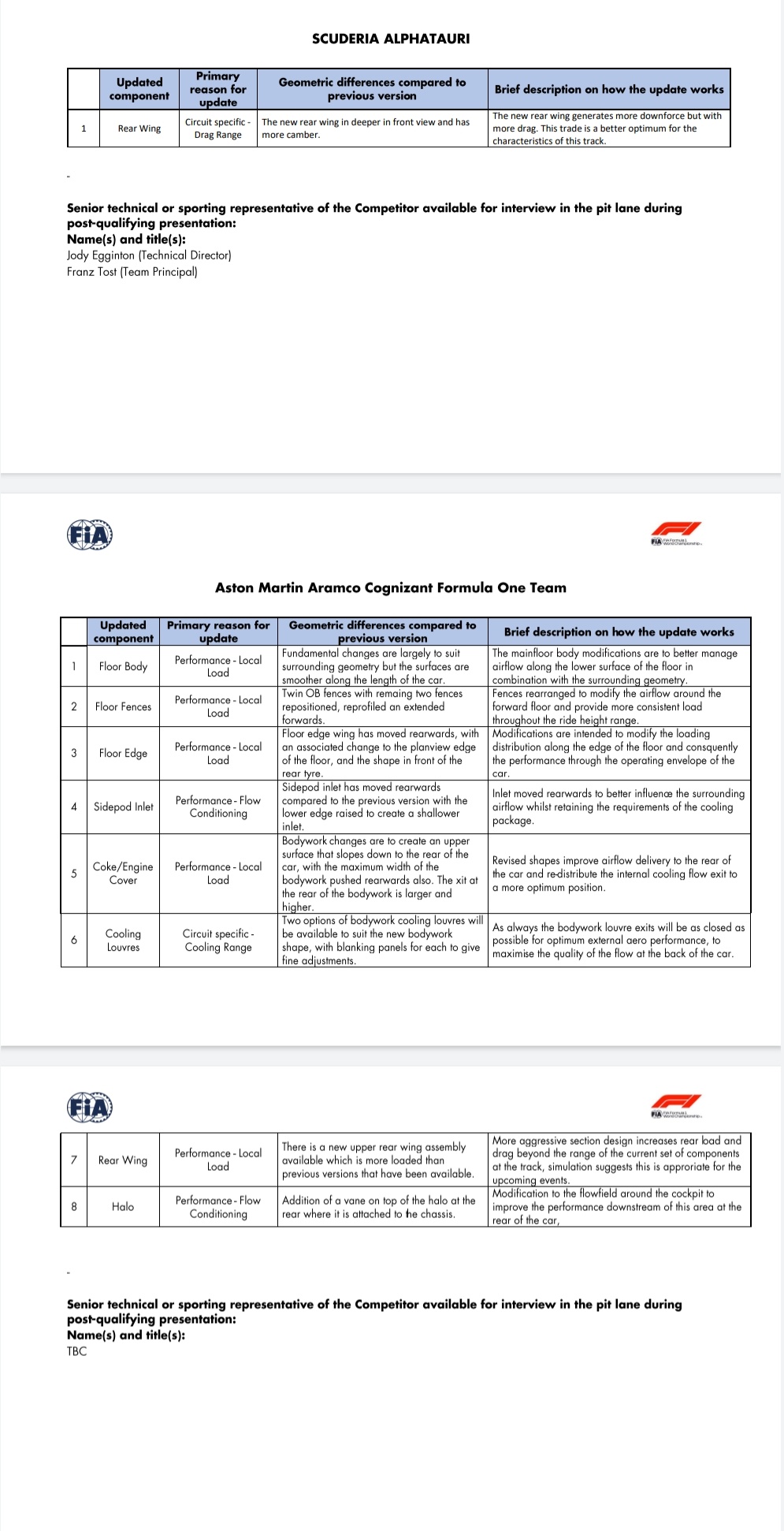 any idea what they might be talking about with the high ranking fia steward... 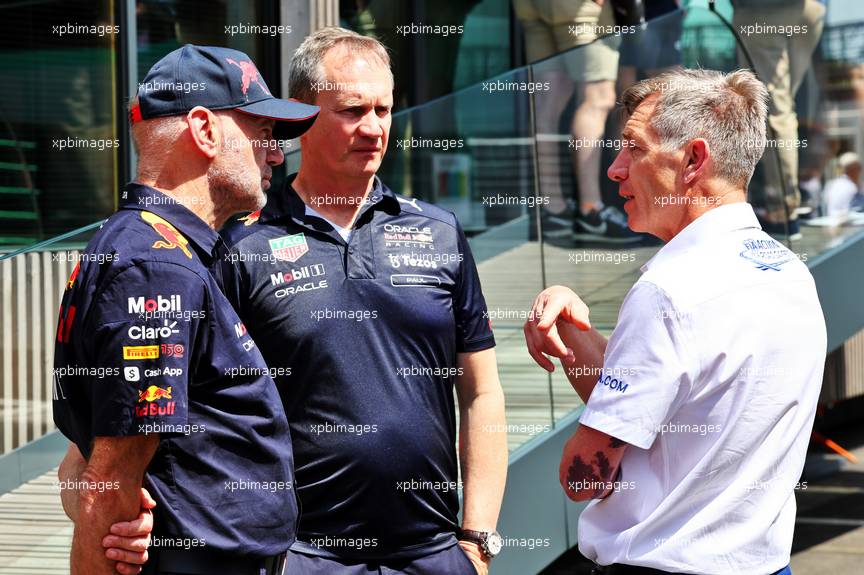 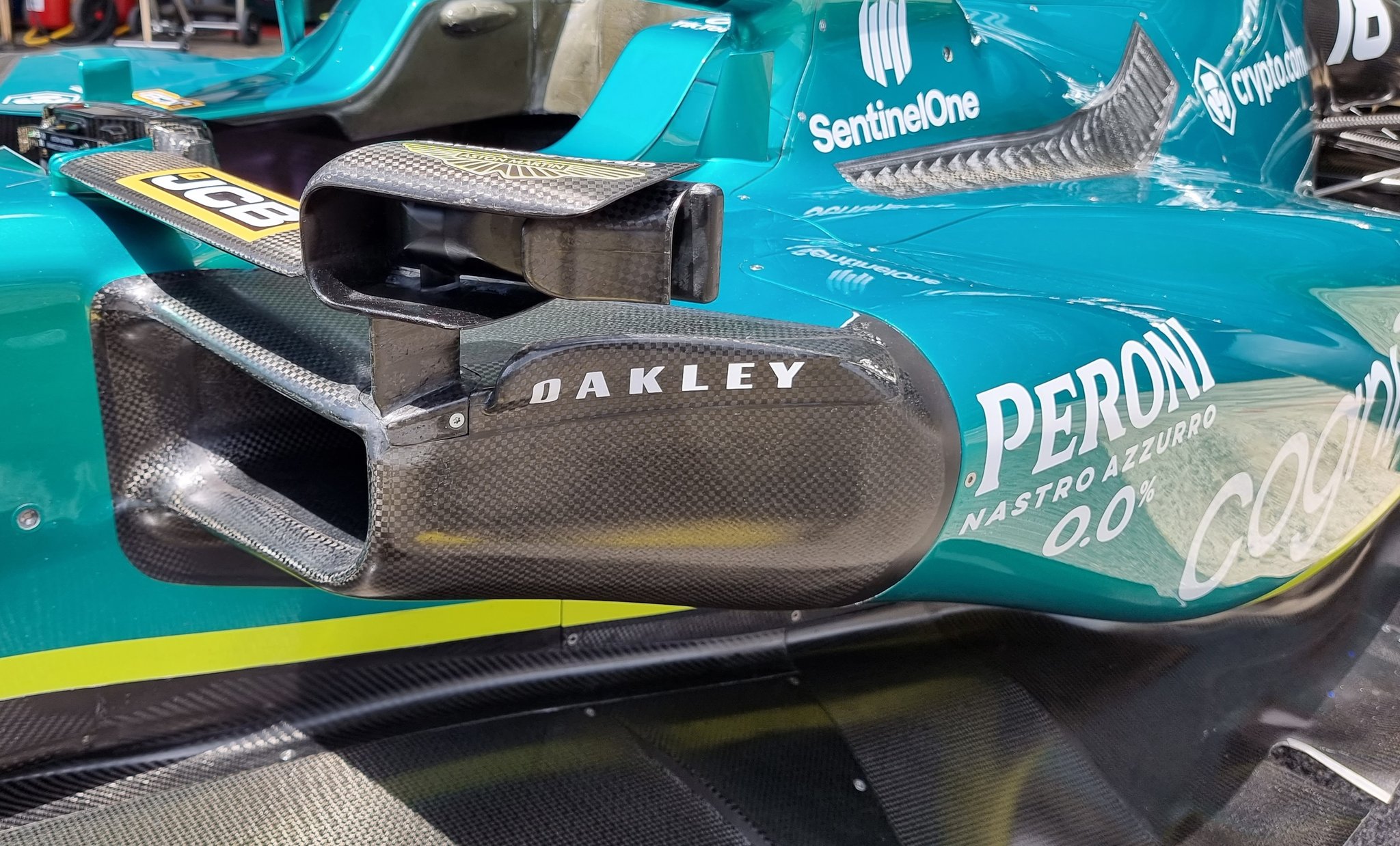 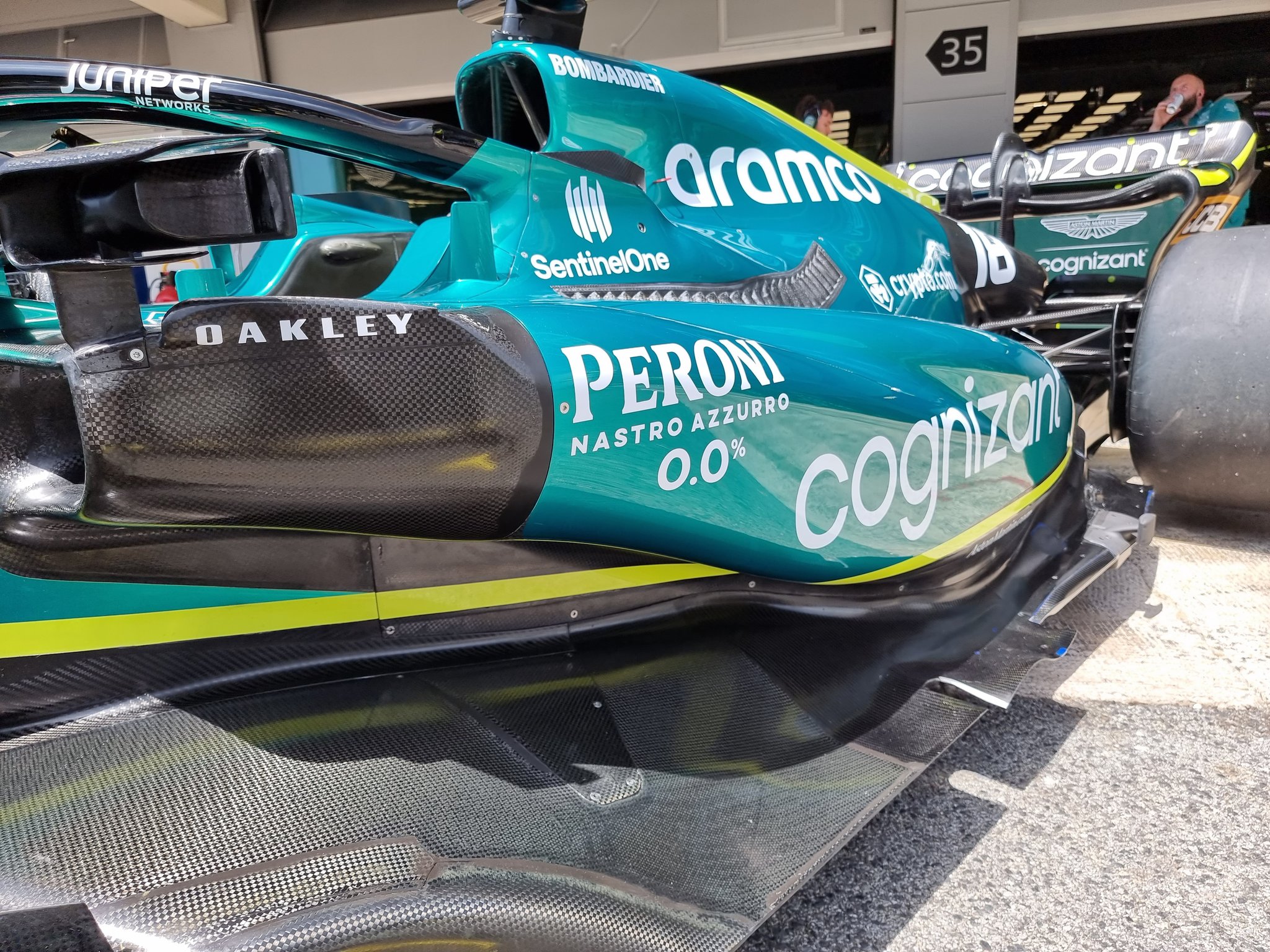 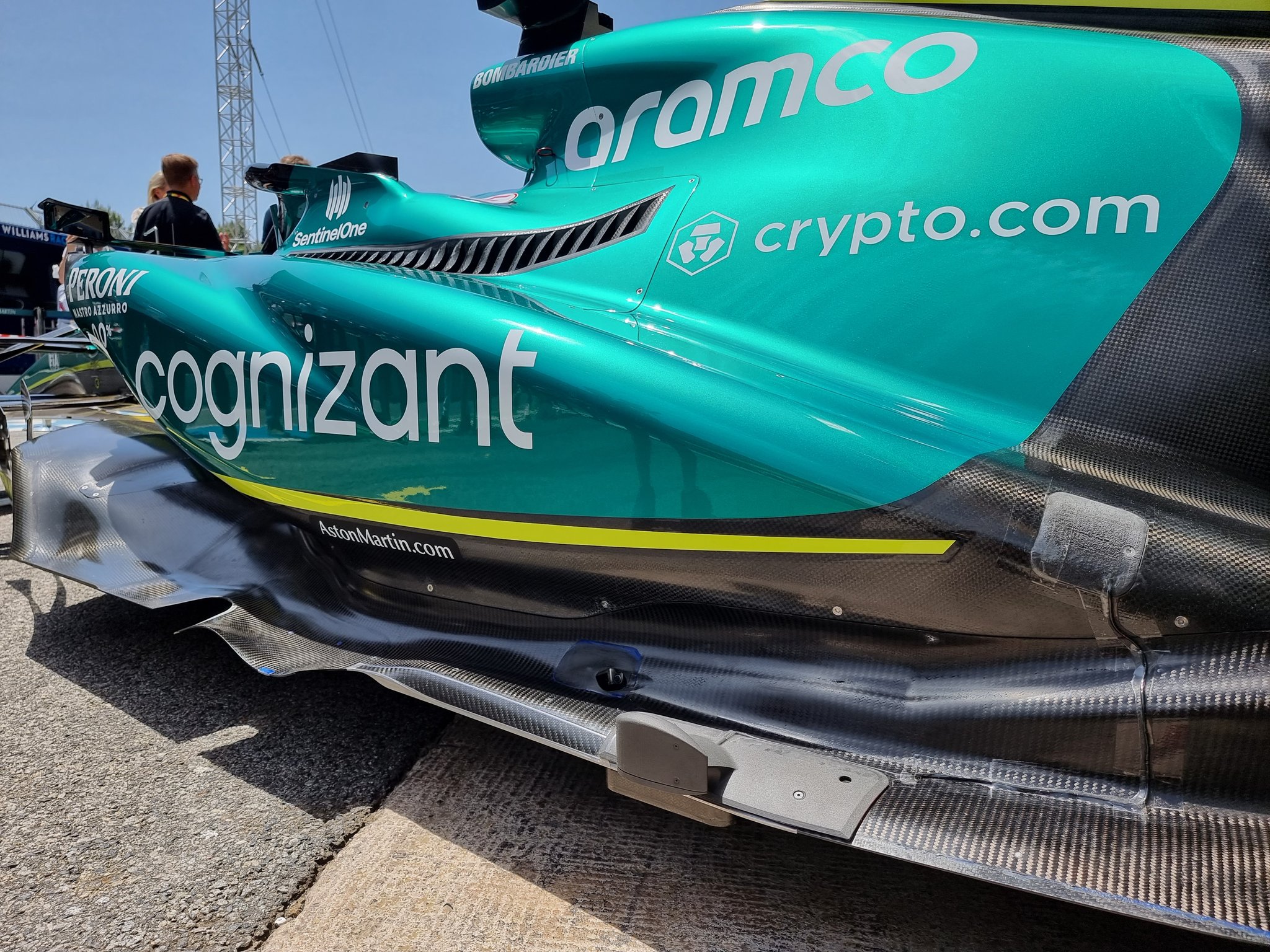 Apparently, the new car doesn't even feature the double T-tray, which AM were first to put on their car. Does that make it more suspicious, especially when RB only brought it in Australia
Top
725 posts