A place to discuss the characteristics of the cars in Formula One, both current as well as historical. Laptimes, driver worshipping and team chatter does not belong here.
2968 posts

How much time they have gained over F2012?
Top

Very tight rear end
“To be able to actually make something is awfully nice”
Bruce McLaren on building his first McLaren racecars, 1970

Front wing looks fairly evolved for a showcar, i wonder if they had meant to show that?
Top

hard to tell but its definitely over 9000.
A wise man once told me you cant polish a turd...
Top

Yeah but does that matter as long as the height is the same? I mean same height from diff angles produce the same lines on the yellow stripe, no?
Top

You expect us to know this, how?
失败者找理由，成功者找方法
Top


Ohhaww! that was a fast presentation,


The F138 is the fifty ninth car built by Ferrari specifically to take part in the Formula 1 World Championship. The name comes from a combination of the current year and the number of cylinders, to mark the fact that this is the eighth and final year of competition for the V8 engine configuration.

The design philosophy of the suspension layout has not changed and it continues to use pull-rods both front and rear, but it has been refined to the limit, in order to gain as much aerodynamic advantage as possible, especially at the rear. The bodywork elements have been redesigned to allow for changes to the positioning and layout of the exhausts. The dynamic air intake, mounted above the cockpit has been redesigned, as have been the intakes to the side pods, which in turn have also been optimised in aerodynamic terms, while maintaining unchanged the overall cooling system. The rear of the car is much narrower and more tapered on the lower part. The configuration of the front and rear wings derives directly from the last versions used on the F2012, partly because development of that car ran all the way to the final race of last season. However, the aerodynamic elements shown on the car are only those from the initial phase of development: significant modifications will be introduced in the weeks leading up to the first race and a busy development programme is already planned. The drag reduction system on the rear wing has been revised and optimised to make the most of the modifications to the Sporting Regulations that come into play this year. There are detailed changes to the design of the brake ducts, both front and rear and work has been carried out with Brembo on optimising the braking system overall. During both the design and production stages, great attention has been paid to weight reduction and on increasing rigidity. This theme was carried out through all departments working together – Chassis, Engine and Electronics and Production – which bears witness to the importance of being able to design and build a car with everyone working side by side in the same place, which has always been the case at Ferrari.

As for the electronics, it is worth noting the introduction, ahead of schedule, of the single control unit that will be used in 2014. This has involved a lot of work to integrate and control all its features in terms of both software and hardware.
In keeping with a Ferrari tradition, much time has been dedicated to the performance and improvement of the materials used, at the design stage of each of the six thousand or so components which make up the car, in order to make all the on-track work more effective and efficient. Obviously, quality control remains a vital aspect, with the aim of achieving the highest levels of performance and reliability, at the same time as maintaining the highest safety standards possible.
With only twelve days of testing available before the start of the Championship, the preparatory work on the test benches prior to the car’s track debut, has taken on even more importance. The three test sessions – at Jerez de la Frontera and Barcelona – will allow the team to get to understand the behaviour of the F138 and to adapt it to the new Pirelli tyres: in fact, tyre use is an area that has seen a lot of work both at the design stage and in its management at the track. Also very important and something that will not only be restricted to the winter months, has been the effort invested in areas that could influence the result of a Grand Prix, such as the team’s pit stop work, reduction of time spent going through the pit lane, strategy management and the start procedure.

I'm with Pierce, the rear end is tighter than last year. I see a pretty large difference. Interesting bubble/hump below the Horse at the rear on the engine cover. Working so don't have the time I'd like to look over but so far so good. Ready to see new parts in Jerez. And why are they showing this RW if they truly intend on using it? SMH.
Top

Yeah but does that matter as long as the height is the same? I mean same height from diff angles produce the same lines on the yellow stripe, no?

but the top of the tub cannot be higher in the 138 since the F2012 was already at max hight.
A wise man once told me you cant polish a turd...
Top 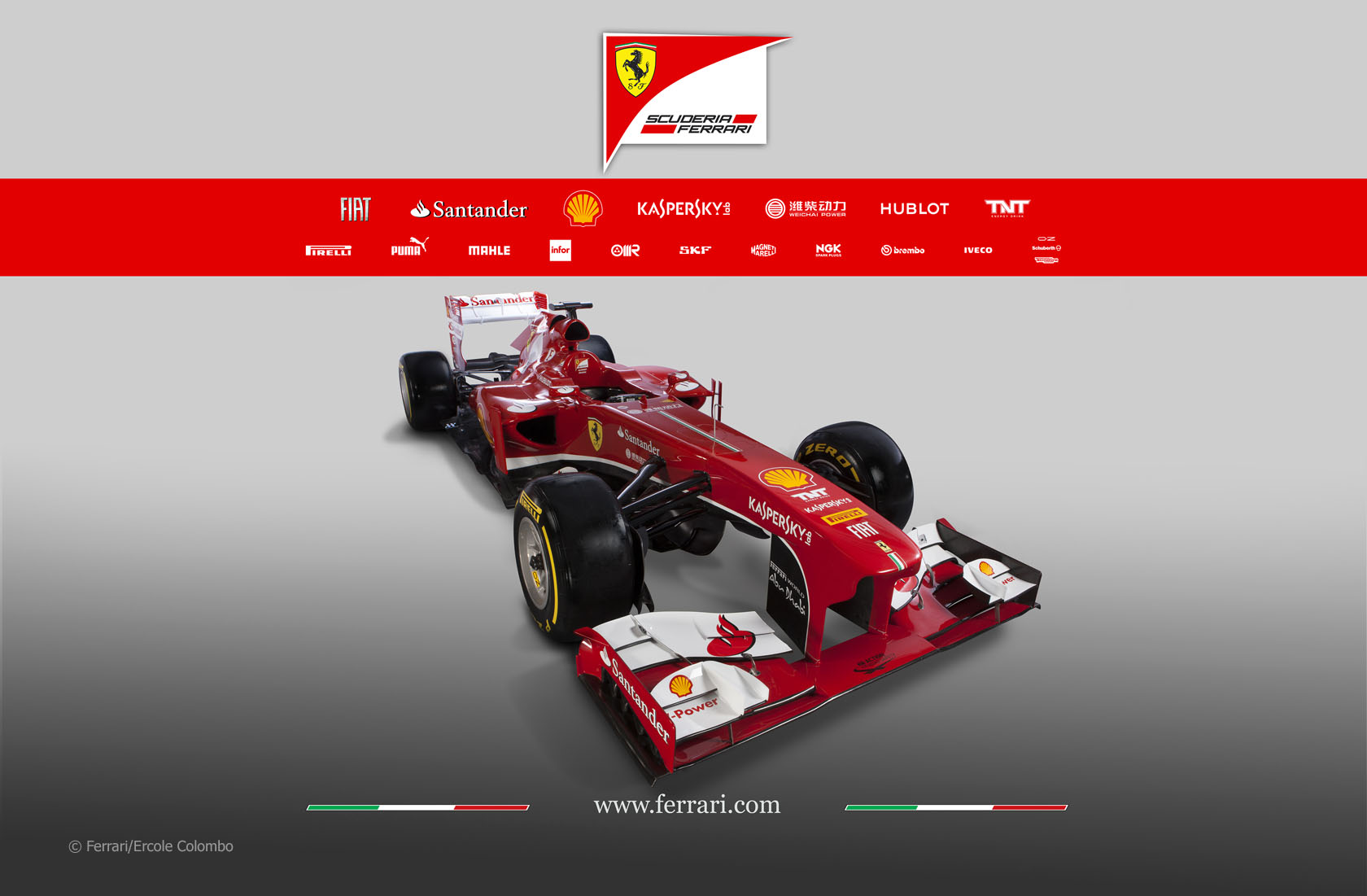 By the shape of the sidepods looks like they stuck with the upright rads too.
A wise man once told me you cant polish a turd...
Top

What is this bulge? Something to do with their implementation of DRD maby?
It's been a long time since we drove last time, but it has also been a short time at the same time
Roam Grosjean ponders the passing of time on the first day of testing at Jerez
February 5, 2013
Top
2968 posts